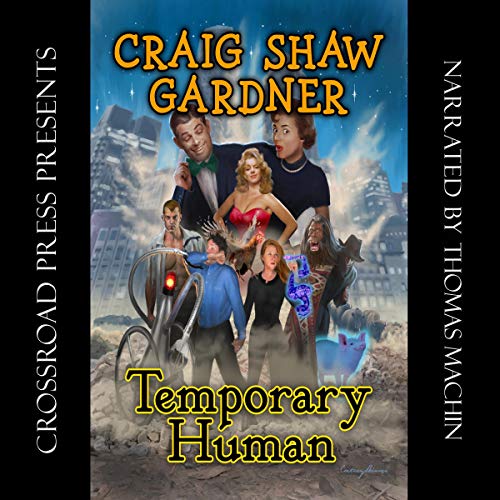 By: Craig Shaw Gardner
Narrated by: Thomas Machin
Try for $0.00

Now with a special study guide!

Lenny Hodge and his supernatural team are once again called on by Terrifitemps (the temporary employment agency that secretly controls the world) to save the Earth from a dire fate! The sinister Grubnoids have appeared from deep beneath the surface of our world, ready to fulfill their destiny! The Grubnoids plan to recreate every television show ever broadcast, and they will use the entire population of Earth as their unwilling puppets!

Will Lenny and his talented team save the day? Or will the entire population of our planet become part of a game show that never ends?

“Gardner’s work is noted for its humor and high spirits.” (Book Review Annual)

“If you’re looking for fun, you need to look no further than Craig Shaw Gardner.” (OtherRealms)

What listeners say about Temporary Human