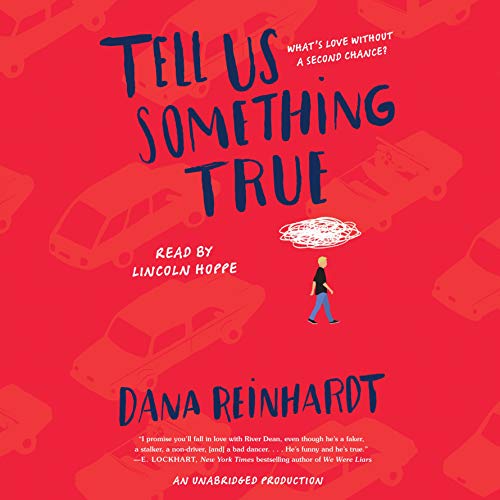 Tell Us Something True

Tell Us Something True

Seventeen-year-old River doesn't know what to do with himself when Penny, the girl he adores, breaks up with him. He lives in LA, where nobody walks anywhere, and Penny was his ride; he never bothered getting a license. He's stuck. He's desperate. Okay...he's got to learn to drive.

But first he does the unthinkable - he starts walking. He stumbles upon a support group for teens with various addictions. He fakes his way into the meetings and begins to connect with the other kids, especially an amazing girl. River wants to tell the truth, but he can't stop lying, and his tangle of deception may unravel before he learns how to handle the most potent drug of all: true love.

"Intelligent and ironic, the narrative resounds with honesty." ( Publishers Weekly)

Great book to relate to

I loved this book because it had a great story, was funny, sad, romantic(but not your average romance), and it was easy to relate to because if your young (13-20) you do stupid things for love, fitting in, making new friends, and just all around trying to find yourself so if you want something you can get hooked on this is the book.