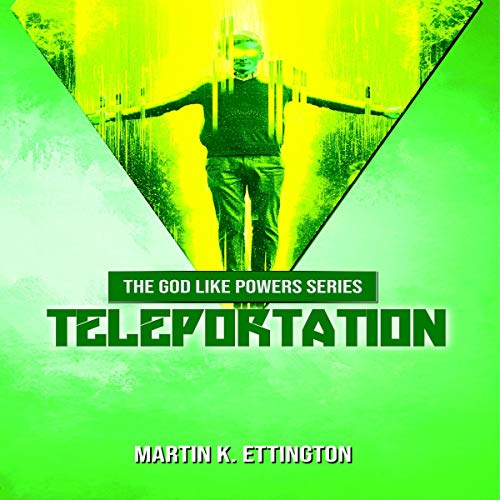 In this audiobook, you will learn about what teleportation is, its history, current scientific experiments, stories of occurrences, and exercises you can learn to teleport yourself.

Here are some of the chapters in the audiobook:

What listeners say about Teleportation

this book reminds me to question my purpose in life again. there are so amazing and frightening things to explore in the universe, so many questions to be asked, yet we are distracted with our small daily problems and cannot focus and ask what our purpose is in life. The universe is mighty, so breathtaking and deadly at the same time. We are just so small detail in the universe, I pity myself and people who think they are smart and better than someone else. Anyway, this book is a great getaway from our micro-world and focuses on other things rather than that

I thought it to be an excellent book on Physics, really makes you think about the changes that occur in our society with the introduction of new technology, and that it might not be as far off as some people would have you think.

Martin considers several science fiction technologies and how those technologies might be brought to reality based on scientific principles that we know or are being researched. He classifies each technology into three classes based on how easily it can be reached from our current understanding.

Perfect for the future scientist -- in this case my son who is a junior Physics major. He said he had almost ordered the book for himself. Coming from him, that is QUITE the compliment. I understand little about the content, but he was immediately commenting on the topics.

I never liked science in school but this book was a fun read. Some of the concepts are dense and there is a lot of history but the author has a talent for breaking it down so it's easy to understand. He drew on contemporary and easy to fathom examples that helped with this too. His classification of the technologies into three categories was also very interesting and helped to distinguish what was really within grasp.

In the end, this book left me captivated and wanting more to read about. The book is written well and is easily understood by anyone. Martin is an amazing physicist with even greater imagination. This to me separates him from a lot of the others. I love the subjects he tackles and how he puts them into context.

The author speaks about very technical things in a language that I can understand. He writes well and is very knowledgeable. I would love to meet this remarkable man.

Very interesting, but not exactly an easy read, at least, not for someone with one year of high school physics. Definitely not a beach read, but well worth the effort. He takes a complex subject and makes it understandable, but it does require focus.

I give this book five stars because it sparked my interest in physics and was a fun read. He discusses all things impossible, including time travel which I enjoyed reading about. I would definitely recommend this book!

Highly recommended. I was surprised at how few science fiction concepts wound up in the third level of impossibility.