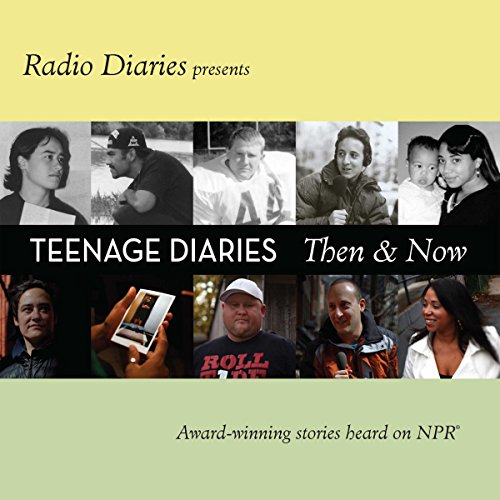 Teenage Diaries: Then and Now

Teenage Diaries: Then and Now

Since 1996 the Teenage Diaries series has given tape recorders to young people around the country. They conduct interviews, keep audio journals, and record the sounds of daily life - usually collecting more than 30 hours of raw tape over the course of a year, edited into documentaries airing on NPR's All Things Considered.

Whether it's the story of Amanda, a gay teen trying to understand her sexuality, or the story of Juan, who crossed the Rio Grande with his family illegally, these stories offer insight into the mysterious lives of teenagers. Sixteen years later five of those diarists return to chronicle their grown-up lives.

Radio Diaries has helped pioneer a new form of citizen journalism, empowering ordinary people to report on their own lives and histories. Radio Diaries has won every major award in broadcast journalism and produced some of the most memorable documentaries ever heard on public radio.

"Teenage Diaries is an engaging and nuanced portrait of adolescence. Whoever said children should be seen, and not heard, got it backward." ( Newsweek)