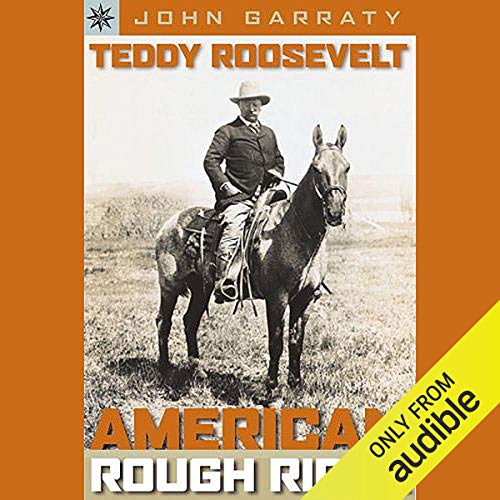 By: John Garraty
Narrated by: Roscoe Orman
Try for $0.00

Before Teddy Roosevelt earned his reputation as a strong, masculine hunter, explorer, and Rough Rider, he actually endured a sickly childhood. That's just one aspect of his life covered in this biography, which follows his transformation into a disciplined athlete and one of the world's best-known public servants and politicians.

Renowned author John Garraty uses quotes from Roosevelt throughout, giving readers direct contact with the man's colorful personality. In addition, Garraty masterfully eliminates confusing details, while emphasizing the significance of Roosevelt's actions as he deals with opposing faction. He emerges as the first modern President and a great statesman.

What listeners say about Teddy Roosevelt

Interesting but, not for kids kids

This book is very interesting regarding Teddy Roosevelt’s life however, it is too advanced for kids. There’s a lot of information given about political struggles as well as laws and bills.
As an adult I found it very interesting since I like history however my kids who also like history, were lost in the rhetoric.
Good story but the way it was read, it is read for adults. There needs to be more excitement in the reading .

Describes Roosevelt in a well rounded way and narration was excellent. It didn't take long to get through and felt I still got a detailed description of who Roosevelt was.

A brief overview of a fascinating life

This was a great short listen but I realy wish there would've been more detail into Roosevelt's life. The narrator was easy to listen to and follow.