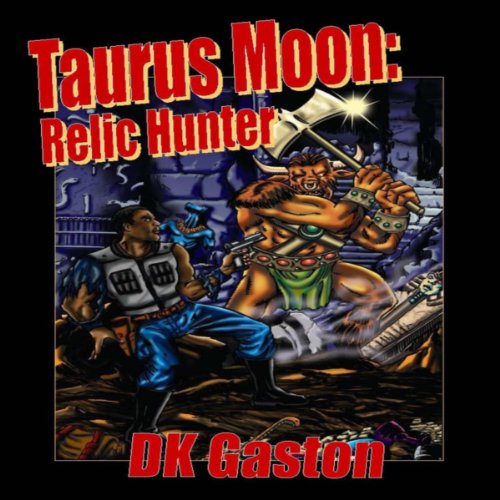 Taurus Moon is a relic hunter, but the artifacts he searches for aren't found in the jungles of the Yucatan or the deserts of Egypt. His quests often take him through the grittier parts of urbanized cities where even the toughest of thugs fear to tread. Forgotten relics once thought of as only myths and legends can be found, if you know where to look, and have the guts to go searching into dark and deadly places.

Taurus Moon is hired by a vampire crime lord to locate ancient artifacts that would make the criminal a God. Even though Taurus is no fan of vampires, he does love money and despite his misgivings, he begins the treacherous hunt for the artifacts. Things become more complicated when a rival crime lord hires a ruthless relic hunter named, Mika, who has no qualms about killing the competition.

What listeners say about Taurus Moon

This sci-fi adventure ride was so much fun. The writing and pacing of the story was excellent. I enjoy vampire stories so the vampire elements were really exciting to me. I look forward to hearing more from this author.

This was a very strange book for me... I can see where a teen or young adult would enjoy it more than me... it wasnt awful and I did laugh alot.. if you like silly mobish vampire weird books then this is perfect for you.

This fantasy tale may be short, but it's packed with excitement! Excellent writing and narration makes this a fun listen.