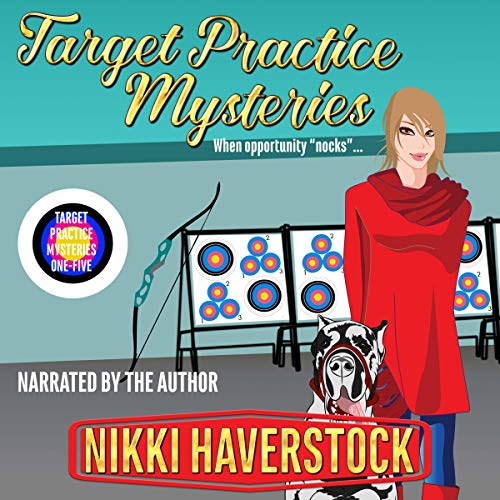 Death on the Range: Di has a new job, is moving in with a new roommate, and has been adopted by a new dog. But the biggest change is when she finds a dead body.

Death at the Summit: A snowstorm during a brand summit strands everyone at the training center with a dead body. Di, Mary and Moo are on the case to find the killer.

Death at the Trade Show: The whole crew is taking a trip to a trade show where Di finds herself in a familiar situation, investigating a dead body at the hotel.

Death Indoors: The first big tournament of the season is being held at the training center. Di will need to balance her shooting jitters with an investigation when a dead body is found in the snow.

Death in the Casino: When the crew heads to Vegas for one of the largest tournaments in the world, Di tries to protect a friend when accidents and murder is targeting his division mates.

A humorous cozy murder set for every sleuth in the family

The Target Practice Mystery series is a ok, but the the stories are too short to really develop the characters and story.