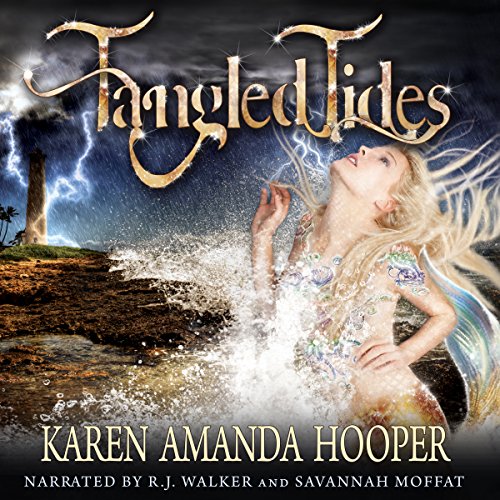 Yara Jones doesn't believe in sea monsters - until she becomes one.

When a hurricane hits her island home and she wakes up with fins, Yara finds herself tangled up in an underwater world of mysterious merfolk and secretive selkies. Both sides believe Yara can save them by fulfilling a broken promise and opening the sealed gateway to their realm, but they are battling over how it should be done. The selkies want to take her life. The merfolk want something far more precious.

Treygan, the stormy-eyed merman who turned Yara mer, will stop at nothing and sacrifice everything to protect his people - until he falls for Yara. The tides turn as Yara fights to save herself, hundreds of sea creatures, and the merman who has her heart. She could lose her soul in the process - or she might open the gateway to a love that's deeper than the oceans.

What listeners say about Tangled Tides

Awesome story, great characters but loved the performance. Loved having a male & female doing the correct voices instead of one doing it all!!!