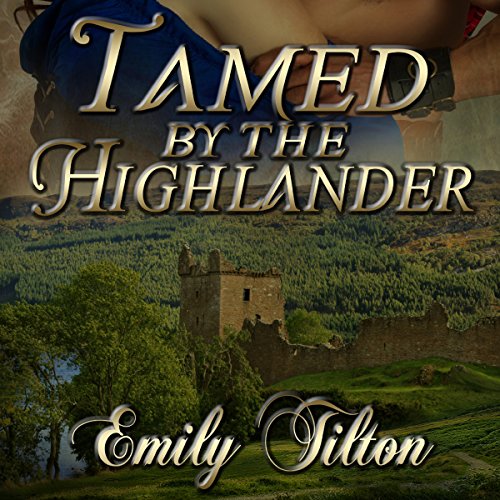 Tamed by the Highlander

When raiders fall upon Urquhart Castle, Elisabeth Grant, the daughter of the castle's lord - a highlander by birth but educated in the lowlands - is left defenseless when her cowardly father abandons her. At the last moment, her life and her maidenhead are saved from the raiders by Angus MacGregor, the proud highlander she had only hours earlier ordered locked in the pillory for his insolence toward her.

Vowing that she will see her home rise from the ruins after the attack, Elisabeth resolves to stay as close to the castle as possible. With her father and his soldiers gone, however, she has nowhere to turn for protection except to the highlander who so recently rescued her. When Angus informs her that he has no interest in a ward or a servant, she impetuously offers to wed the uncouth yet undeniably brave and handsome highlander, whose firm words and strong arms both terrify and excite her. Angus agrees to marry Elisabeth on one condition: She will serve and obey him as a proper wife should, and if she fails in her duties she will be soundly spanked. She agrees to his condition, but when she surrenders to his touch one moment and defies him the next, his desire for her only grows fiercer. Though it quickly becomes clear she will not yield without a fight - and a taste of his leather strap upon her bare bottom - he soon discovers she is like no woman he has ever known, as being chastised until she is writhing and begging only increases her lust for him. But when her father returns to rebuild the ruins of Urquhart even as the threat of another assault on the castle looms, Angus wonders whether Elisabeth will abandon him and return to the life of a noble lady. Even if she stays by his side, will their newly forged bond be shattered in the heat of battle, or will their love and courage be enough to withstand the swords of the marauders?
©2014 Stormy Night Publications (P)2015 Emily Tilton
Literature & Fiction Medieval
Show more Show less

What listeners say about Tamed by the Highlander

The big queston is..... Will I get another book from this author. NO! I have finished 2 out of the 3 and I am dreading the 3rd as it is. However my OCD demands that I finish all the books I purchase. This author could have some amazing books and I picked wrong for me.