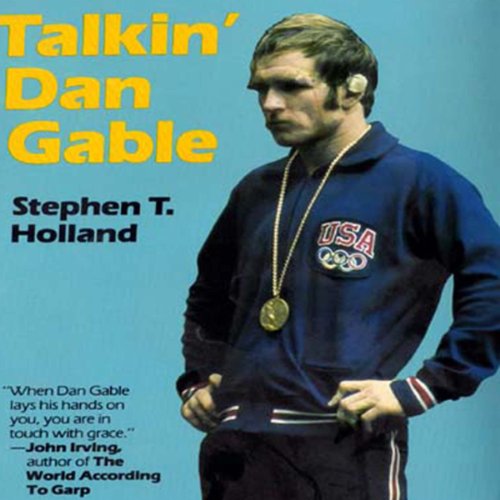 By: Stephen T. Holland
Narrated by: Ron Copeland
Try for $0.00

Great insight into Dan Gable's life and what made him a Champion of Champions. Dan Gable won all of his high school and college wrestling matches except the last one, and then went on to win an Olympic wrestling title wtthout giving up a point. He later became coach at the University of Iowa and led Hawkeye wrestlers to NCAA and Olympic titles.

I bought the book used from amazon because it’s impossible to listen to without following along due to a robotic voice. If you are a lousy reader like me, then you should do both. I wrestled, so I get goosies following along.

The story is pretty good it was hard to put up with the reading performance. The narrator sounds like the first ever made computerized text to speech program. The book switches from present scenes to past scenes, and this excellent writing style is ruined and made difficult to distinguish by the narrator's robotic tone.

The book is interesting yet almost impossible to listen to due to the narrator's computer generated voice.