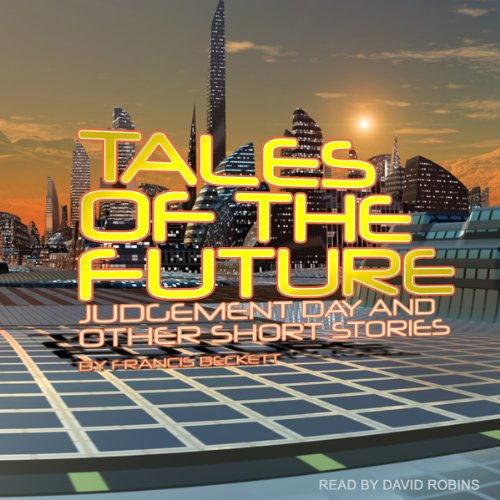 Tales of the Future

Tales of the Future

Francis Beckett, an author, journalist, and playwright, edits Third Age Matters, the UK national magazine published by the University of the Third Age. His latest book is What Did the Baby Boomers Ever Do For Us ("Grey-haired hippies will read this book and shudder; the rest of us, though, will read it for the splendid stories and shafts of insight" - Dominic Sandbrook, BBC History) and his latest play is The London Spring ("The virtue of Beckett's nightmare vision lies in its Orwellian detail" - Michael Billington, The Guardian).

"Judgement Day": "M’rek had had to decide whether humans were going to reach Emotional Level 3.… He was to decide whether the planet lived or died.… He reported back that this race would soon be safe. But had he been wrong?"

"The Leadership Gene": "Great things were expected of Julia, she was headed for the top, perhaps a future Global President, controlling the lives and destinies of hundreds of millions of people…"

"Seafood": "Arkee’s mother was wise. She waited until she was sure he had come to himself, then said in a quiet, clear voice: ‘It was just a dream. Do you want to tell me about it?’… He just said: ‘Is it true that humans used to rule the Earth?’"

"Swiftbuck’s Christmas": "The Ghost of Christmas Present had appeared to Rosie as a woman called Crumbly - which, as it happens, was the name her fellow ghosts used for her. She befriended Rosie in the supermarket and accepted her invitation to come home for a cup of tea."