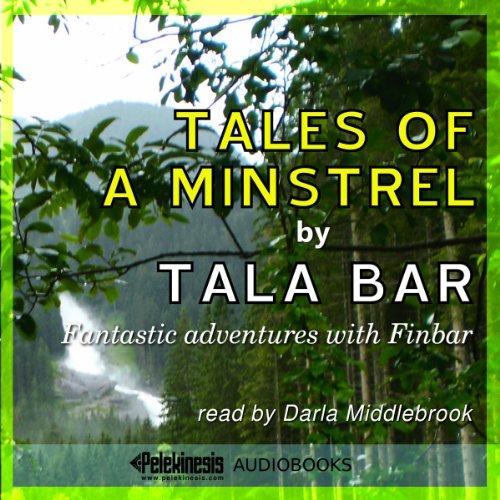 Tales of a Minstrel

By: Tala Bar
Narrated by: Darla Middlebrook
Try for $0.00

Tales of a Minstrel follows the adventures of a minstrel named Finbar as he travels from village to village telling his stories. His own experiences, however, tend to outshine even the most exciting story he tells.

The first chapter begins with Finbar struggling to hold onto his life while fighting back monsters and memories and feverish dreams. The chapters that follow describe magic and life and love, taking him from one world to another, battling magicians and enchanted animals, dragons and bears and evil wizards, across time and great distance. Throughout his travels he encounters a wide variety of intriguing characters and fantastic settings including a family of magicians (some ignorant of their powers), a mother and daughter who become animals, and an epic battle with evil featuring Ofara the Witch, an intriguing character who calls upon Finbar to help defend the world and save magic from destruction.

Tala Bar tells this tale in nine vignettes, discrete stories that paint a vivid and compelling work. Tala Bar's storytelling may even rival that of Finbar himself.

What listeners say about Tales of a Minstrel

I really enjoyed it xxxxx