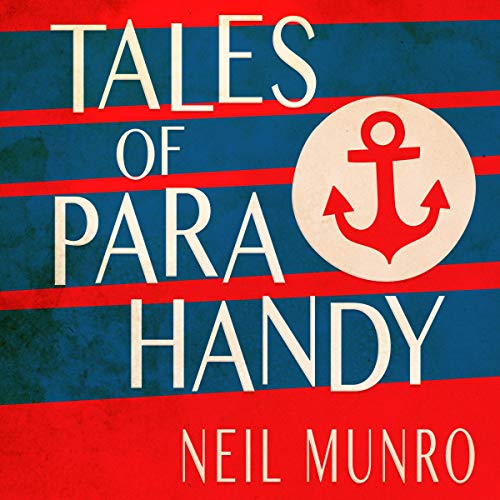 By: Neil Munro
Narrated by: David Rintoul
Try for $0.00

Neil Munro's captivating Tales of Para Handy, captain of the "Vital Spark", the "smertest" steamboat ever to sail the River Clyde. Whatever happened to the shaggy dog story? Very few, if any seem to be published these days. Maybe our lives are all too pressurised and full-on to allow us to kick back and listen to an engaging, diverting, well-told tale.

PG Wodehouse was a master of the shaggy dog story, through his masterful fictional storytellers such as Mr Mulliner, The Oldest Member and even Bertie Wooster himself. But a close competitor was Neil Munro, creator of the much-loved Tales of Para Handy, three volumes of which were published from 1906 to 1923. These have been televised no fewer than 3 times, most recently in the 1990s with Gregor Fisher (who also starred as Rab C Nesbitt in the BBC2 TV show Naked Video) as the garrulous master mariner. The 25 stories performed by David Rintoul hail from the first collection, and every one is a gem.

David was a huge fan of the 1960's TV series with Roddy McMillan in the starring role, and his love and knowledge of the tales shines out in his bravura performance. In the course of this audio, you'll get to know the regular cast - not just Para Handy himself, but the ship's irascible and scary engineer, Macphail, never without a penny "novella" in his hand; then there's The Tar, the lazy deckhand - and who can forget Dougie, the superstitious ship's mate? Add to that the crew of supporting characters - West Coast locals to a man (and woman) - canny, outspoken, lugubrious, eccentric...and all huge fun. It's like having a second family. Try listening to one of them on your busy commute, and you'll be sure to arrive with a great big smile on your face!

What listeners say about Tales of Para Handy

I like the Para Handy story but the book makes me think the main character is a slow and deliberate Highlander I don’t know if the narrator has the accent right but in my view he speaks too fast, this spoils the atmosphere.

A fantastic book but very badly understood by the reader .parahandy was softly spoken.

Loved it. And in Para Handy's own words it was sublime! The 'Vital Spark' chuggs on. And the Chief Engineer MacPhail a delight in his eccentricities!

A collection of classic tales. Well read but the lack of a gap between tales is frustrating.

My dad though the tales of Para Handy were hilarious and I could not understand why, but having now listened I get it, I am aware of the places mentioned in the stories so can picture them in my mind when listening, the stories keep you wondering right up to the punchline.