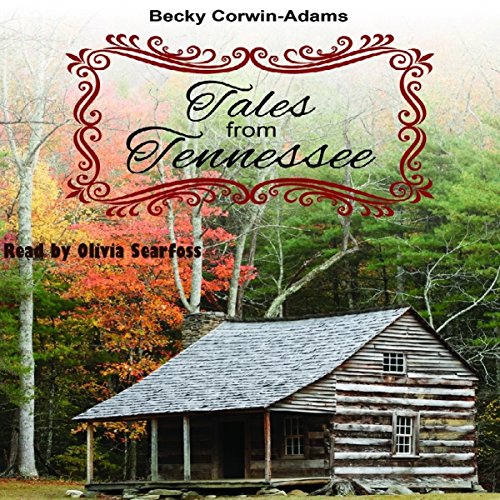 By: Becky Corwin-Adams
Narrated by: Olivia Searfoss
Try for $0.00

This audiobook could be the story of any family that had to carry on through job loss, bankruptcy, home fires, disease epidemics, and the loss of loved ones through the Depression era.

The events and people mentioned in this audiobook span three generations. This branch of the DeFreece family first settled in Virginia and later relocated to the Kingsport, Tennessee, area in 1900. Several family members served in the military during World War II. Others were employed by Tennessee Eastman, Holston Ordinance Works, or American Bemberg.

Follow the trials and tribulations of a large family at the beginning of the 19th century. Hear about their pain and desperation during the darkest years of the Great Depression and how they banded together to pull through. Find out what it was like to be a kid during these difficult times.

What listeners say about Tales from Tennessee

Thought it would be in story form

This short is another side of Becky Corwin-Adams family traced WAY back in history.It is interesting to listen to Olivia Searfoss tell of the generations and individuals that make up this family.She did a fine job.
"I was provided this audiobook at no charge by the author, publisher and/or narrator in exchange for an unbiased review via AudiobookBlast or MalarHouse dot com"

If you could sum up Tales from Tennessee in three words, what would they be?

They were all important.

Very well narrated .I enjoyed the facts and hearing of all the characters and their travels.

A fascinating look at history and genealogy! Well written by the author and remarkable narration by Olivia Searfoss.

How can you not love these tales. I really enjoyed the stories from three generations of the DeFreece family. This was a neat idea the author Becky Corwin-Adams had. It made me think this would be a terrific way to preserve one's ancestry.

Listening to these tales stirred memories about the stories my elders told me when I was younger. Many along the same lines. Hard-working humble families who were trying to make a living. I liked the part where she talked about what they ate during the week then having a big Sunday dinner.

At the end of the book there are several country recipes from the old days that I'd try but a few I've had before.

Olivia Searfoss did a great job narrating. She has a nice voice and kept an even pace throughout the story. She made this an easy to listen to book. Very enjoyable.

Audiobook received in exchange for an unbiased review.