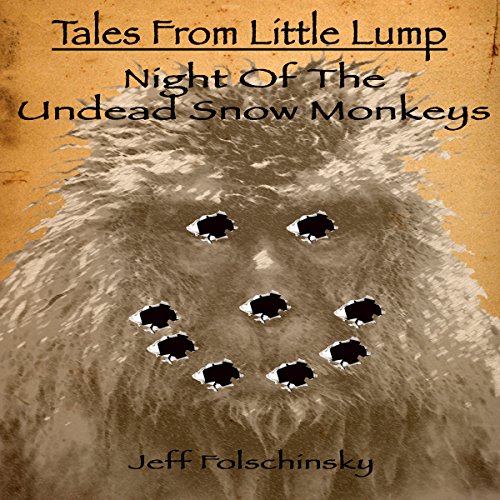 Tales from Little Lump - Night of the Undead Snow Monkeys

Tales from Little Lump - Night of the Undead Snow Monkeys

They came in peace; unfortunately the good folks of Little Lump, Texas, didn't get the memo. They're really embarrassed, especially Gertie, who managed to shoot down several of the alien's space ships with her holy land-to-air rocket launcher. Little did she realize in doing so that she would be unknowingly creating a far bigger danger for Little Lump that could spell doom for them all. To her and everyone else's disbelief, undead Japanese snow monkeys are slowly approaching the town, and now Gertie and Cousin Tommy must fight their way to safety through the undead simian horde who seem to have a real bone to pick with Gertie. With ammunition running low and few places to hide. Gertie will have to use all of her wits to survive the night.

This is the second book in the hilarious Tales From Little Lump series.