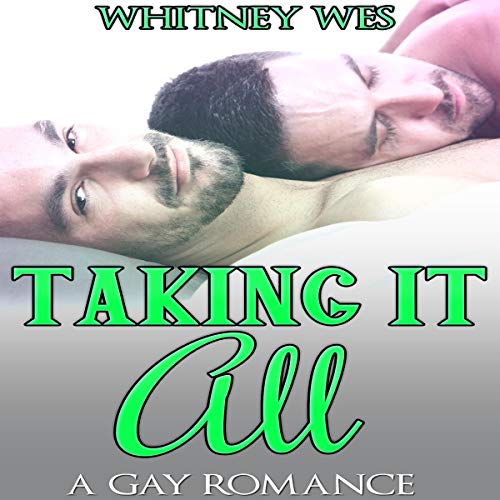 “Hey you.” The guy called out to him. He was going to keep walking but saw the man had a cigarette in his hand, and he knew he could use one.

“You got a cigarette?”Julian asked, stopping and checking the man out.

They were the same size and the same build. He could have easily held his own if the man wanted to fight. The man had a thick mustache, black curly hair, and dark blue eyes as he walked closer to him.

“Yeah. I got one.” The man grinned, holding out a cigarette, not bothering to move any closer to Julian.

Julian could see through what looked like men's skinny jeans that the man had a hard cock. He could see the shape of it under the street light. Much bigger than his own boyfriend's.

Warning - This audiobook contains steamy romance scenes and is suitable for 18-plus only.

What listeners say about Taking It All