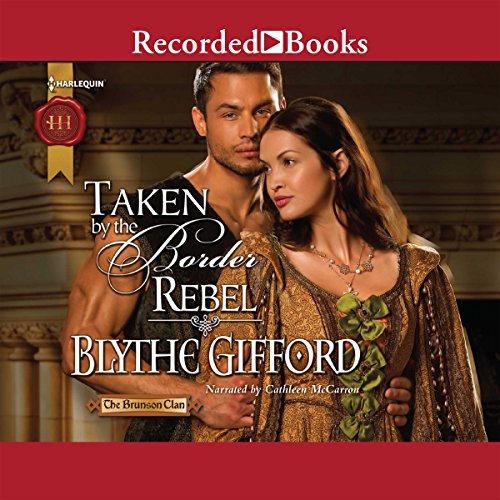 Taken by the Border Rebel

By: Blythe Gifford
Narrated by: Cathleen McCarron
Try for $0.00

Tormented by her innocence.

As leader of his clan, Black Rob Brunson has earned every dark syllable of his name. But, having taken hostage his enemy's daughter in a fierce act of rebellion, he is tormented by feelings of guilt and torn apart with the growing need to protect her - and seduce her!

Stella Storwick feels Rob's disdain from the first. Then slowly she starts to see behind his eyes to a man in turmoil. Something he has no words for, something that can only be captured in a heart-wrenching kiss.

What listeners say about Taken by the Border Rebel

Love the Series, but this is my fave!

This is such a great ending to the series. I actually read this book first, by accident, and loved it. I then bought the other two books & listened to all three. The characters are well written, the plots are creative, and the series weaves together very well.
You can read the books on their own and enjoy them, but the overall story is great. This is a multiple-listen trilogy for me. Cathleen McCarron brings the story to life with her narration.
Worth a credit: YES.