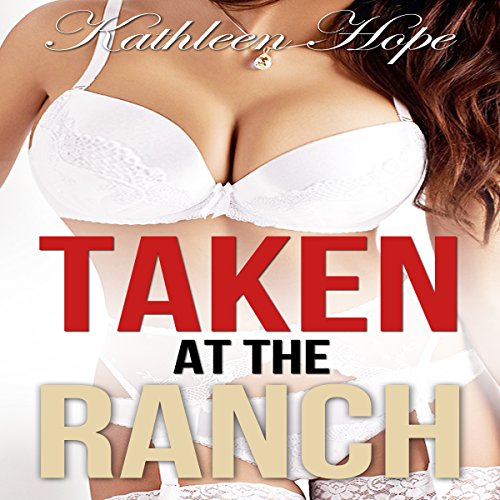 Taken at the Ranch

By: Kathleen Hope
Narrated by: Cheyanne Humble
Try for $0.00

Victoria Reynolds has found herself in yet another unsavory situation. This time the consequences are drastic. Because of her drug addiction, she has her son, Ivan taken away from her. Watching him get taken is the reason she decided to take the reins of her life back. In a desperate attempt to get her son back, she goes to a small ranch that helps people get off of addictive pain killers. Victoria gets more than she expects when she meets Rhett Chaise, supervisor and cowboy heartthrob. If it weren't for another man named Conrad Jones, her heart would belong to Rhett, instead, it's torn between the two men.

What listeners say about Taken at the Ranch

Seriously? You can tell a foreigner wrote this story. No basis for reality - a drug addict who in only 8 weeks gets off the drugs AND gets her son back instantly?? She has a car accident and is released from the hospital 'with stitches and bruises all over her body' plus a broken arm in only a few hours??

Plus the interplay between the 3 people was ridiculous. The one sex scene between the 3 had instant gratification - they came instantly 'all at once', changed positions and instantly came again! No foreplay - nothing!

Returning it to get my credit back. There are better written shorts here on Audible.