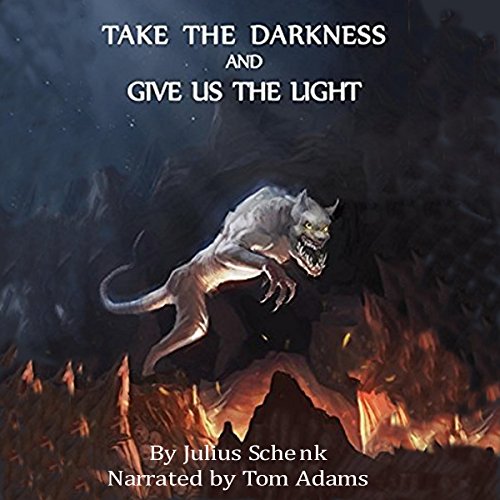 Take the Darkness And Give Us The Light

By: Julius Schenk
Narrated by: Tom Adams
Try for $0.00

Instead he finds a world of endless darkness, snow and cold. Of humans turned into ravenous beasts from madness, black dogs of the guild and a strange race of people called the moon children. Pale bloated and horrid, their leader possessed of the gift of a silver tongue. He struggles to restore the sun in an epic battle against an army of dark creatures, again his only allies in this plain, the Wolvern, the darkest of them all, and Serafina, the dark Guild leader he banished here.

Take the Darkness and give us the light is an exciting, dark, violent fantasy story. This is the second book in the series, and I would recommend starting with the first book.

The narrator of the audiobook does a very good job bringing the story to life.