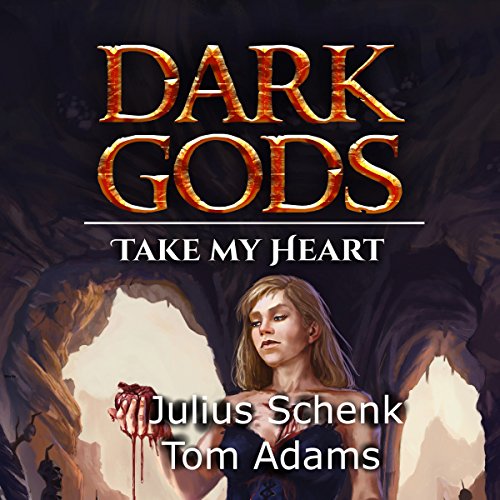 By: Julius Schenk
Narrated by: Tom Adams
Try for $0.00

Seth and Seraphina, now closer than ever, realize to leave the Land of the Dead, they must travel on further to the realm of judgement. Unknown to Seth that, by restoring the sun, he had angered the first of all god-like beings, one of pure fear. It has been planning it’s escape for eons, and his coming is the trigger that could ruin or redeem it all.

He travels to judgement to undertake the northern trials and prove he is worth returning to the world of the living, but every challenge is harder, and his new unknown foe is waiting to strike.

Meanwhile, in the land of the sun, Seth’s friends, Goldie, the Reds, Grimm, and the Wolvern, fight battles of their own. They face the new threat of the Order of the Learned and must stop them from destroying the Gods powers on earth and thus creating a new world of fear and endless night.

What listeners say about Take My Heart

The conclusion to a dark, entertaining trilogy

Take My Heart is the third book in the Dark Gods Trilogy, and it is perhaps the darkest of the three. The story is fast moving and entertaining. The narrator does a very good job with all three books.

I received this audiobook as a gift. This is my honest and voluntary review.