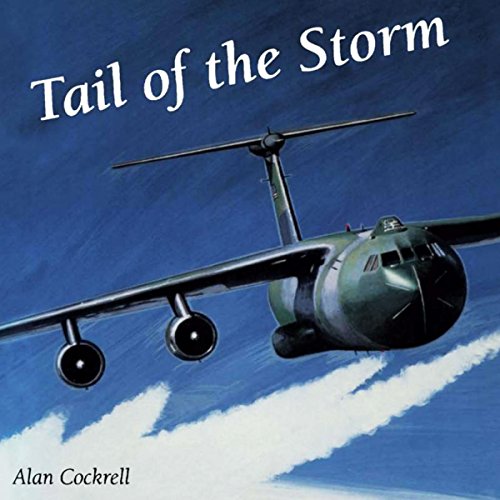 Tail of the Storm

By: Alan Cockrell
Narrated by: Bob Rundell
Try for $0.00

Within days of Saddam Hussein's invasion of Kuwait, the far-reaching arm of American airpower sprang into action. The skyscapes of the North Atlantic, Europe, and the Mediterranean became laced with the contrails of great jets flowing day and night toward the Persian Gulf. From the skies, manpower and material poured onto the bleak sands under the ominous clouds of the gathering storm, and in only a few weeks the size of the effort eclipsed that of the Berlin Airlift.

The thousands of crewmembers flying the jets, as well as those servicing and managing them, became the backbone of history's largest air logistical operation. Many of these men and women were Air Force reservists, and the author participated as a pilot of a C-141B Starlifter with the Mississippi Air National Guard. Cockrell writes lyrically about flying and about the emotional and intellectual satisfaction enjoyed by those who fly. His focus is on the people recalled to active duty, who flew thousands of hours, coping with fatigue, cracked wings, missile attacks, and, in some cases, deteriorating businesses and families at home. Tail of the Storm gives expression to their love of flight, as well as their dedication to the endangered values of duty, honor, and country. This story is good listening - not only for those who share the author's enthusiasm for flying but also for those who listen for pleasure and have a curiosity about a pilot's world.

What listeners say about Tail of the Storm

As a former C-141 & lightplane pilot myself, I was living the book! It was outstanding! I highly recommend it!

Always love hearing about this kind of stuff, This one was done well and kept me wanting more up until the very end. Nice work!