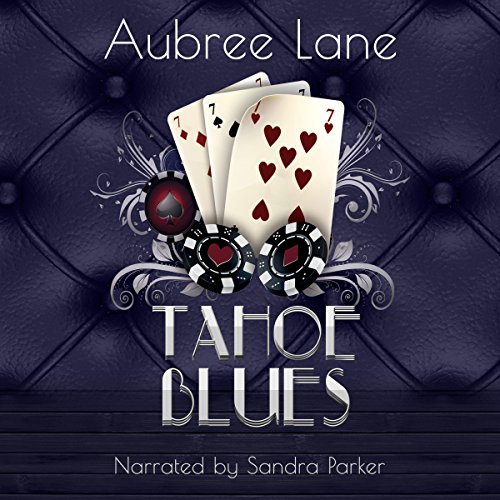 When Cara Lee Greene finds that the glitz and glitter of casino life isn't all that it's cracked up to be, she divorces the Lake's self-proclaimed King of Tahoe, and tries to separate herself from the rich and powerful Alexander family. In her quest for a new life, Cara is able to reconnect with some old friends. She finds a new home, a new love, and a new piece of jewelry around her ankle. Under house arrest and accused of a crime she didn't commit, Cara must rely on a funky group of misfits to uncover the truth and set her free.

Believing himself above society's mores, Duncan Alexander doesn't know what he has until his beautiful college professor wife walks in and finds him in bed with another woman. Losing Cara is not an option and Duncan will do anything to get her back. With a family whose wealth was built on profiteering during the Prohibition years, Duncan is not above doing what he deems necessary to retrieve his queen. His family sits on the sidelines. They have given Duncan free rein, but in the end, will Duncan be able to retain his throne?

Cara Lee Greene cannot wait to have her divorce from the wealthy Duncan Alexander and her ex's family in her past. Her last commitment to this family is to host the gala for a big fundraiser to help clean up Lake Tahoe. A short time after the gala Cara Lee is brought in for possibly embezzling money from the fundraisers' account. Who is setting Cara Lee up is it her Ex, another member of the Alexader family, her new landlord, or one of her friends?

This story grabs you from the start and keeps you entertained throughout. There is something for everyone... from a suspenseful mystery to a budding romance. I really love the characters in this story; the characters are complexed and interesting. One of my favorite characters is Cara Lee's elderly next-door neighbor Mrs. Grimes. Mrs. Grimes is a spunky old lady who knows a lot about the Alexander family's history and their criminal activity of the past. I laughed out loud several times during Mrs. Grimes, Lisa, and T.J.'s investigation. Cara Lee is a smart lady but while under investigation she lets her imagination run away a few times on who might have set her up, but in her shoes, we might all do just that. T.J. is a wonderful chose of a boyfriend, especially after her womanizing Ex-husband Duncan. The setting of Tahoe and the casino is a great addition bringing in the family's corrupt past as an explanation for why Cara Lee is being framed. The mystery is full of twists and turns keeping you guessing until the end.

I listened to the audio version of this book. The Narrator Sandra Parker was wonderful in bringing the story to life. She was great with accents, pace, and comedic timing. Overall a great bonus to an already great reading experience.

I would definitely recommend this book, especially to mystery lovers. I was provided with a copy of this book in hopes I would review. All thoughts and opinions are my own and in no way influenced by others.

What can I say. This book was a brilliant story of liaisons, revenge. embezzlement and finding love. This story will keep you guessing until.the end. I received a complimentary audio and I am voluntarily reviewing.

This story has it all. Love, intrigue, mystery. This book will have you hooked from the first word to the very end. I would highly recommend this book to anyone and everyone