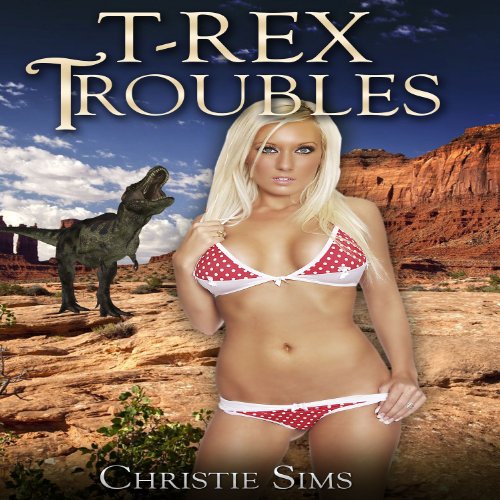 Warning: This is a tale of monster sex. This story was written to unlock your darkest fantasies and innermost desires. It is not for the faint of heart and is not your mother's erotica. All of the sexual descriptions found in this book are very explicit in nature. It's not suitable for someone under 18 years of age. Read at your own risk.

In a land before time, Layla hunts for her tribe. The men belittle and threaten her, a woman who hunts like a man, until, desperate, she sets out alone after the most fearsome beast in the world - a T-Rex.

As she hunts the giant predator, a very special T-Rex is hunting her- this T-Rex has psychic powers and a desire for human flesh. Naked and alone, Layla bargains with the beast: her body for her life.

Can Layla accept the beast's carnal demands? Can her body accommodate its relentless desire? Can she hold to her part of the bargain? Or will she become the T-Rex's next meal?

Yep, embarrassed to write a review...

The only reason I even heard about this book was on At Midnight when they were panning the heck out of it. Well deserved to say the least. Anytime you have dinosaur erotica with women having sex acts with lethal predators that died off 65 million years before the first modern humans were born, well, you can't expect National Book Award. What you can expect is some readers who enjoyed it for what it was, and I blush as I say this, but I did.