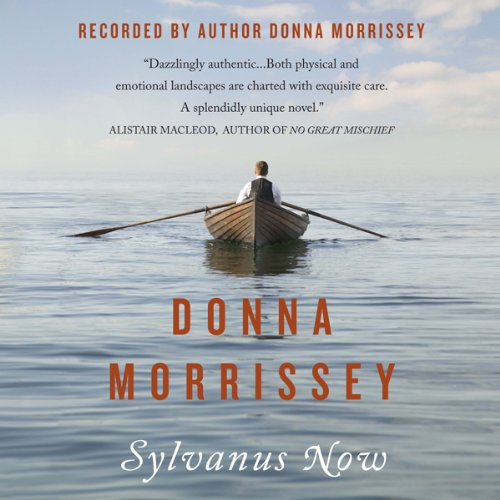 Sylvanus Now is the story of a man, Sylvanus Now, who has modest ambitions - he wants to fish in the old way, like his father before him, and he wants to marry Adelaide, the beautiful girl he spied once at a dance in Ragged Rock. Newfoundland's fishery, however, is on the verge of catastrophic change, and Adelaide proves more of an enigma than the rugged, black-browed Sylvanus imagines.

Set in the early 1950s, against the backdrop of the collapse of the salt-fish industry, Sylvanus Now combines a passionate critique of government short-sightedness with a tender love story about two people who probably shouldn't have married but did. Morrissey's lushly recorded narrative, steeped in outport dialect ("Cripes, why don't you ask Am for a spot on his liner? You're getting like father, bandied at the knees from straddling a boat"), alternates between Sylvanus' and Adelaide's points of view.

While Sylvanus clings to his traditional ways with a reckless tenacity, Addie is a fireball of conflicting emotions, forever spewing invective or else brooding in silence. Forced to drop out of school by her perennially pregnant mother, Adelaide rails against fishing ("she prayed that each fish caught would be the last in the sea") and babies ("their grubby little hands forever snatching, picking and scratching"). Yet, before long, she finds herself married to her fisherman suitor and expecting their first child - a recipe for disaster if ever there was one.

What listeners say about Sylvanus Now

Loved every sentence, of course read by the author with a Newfoundland accent made it all the more appealing.