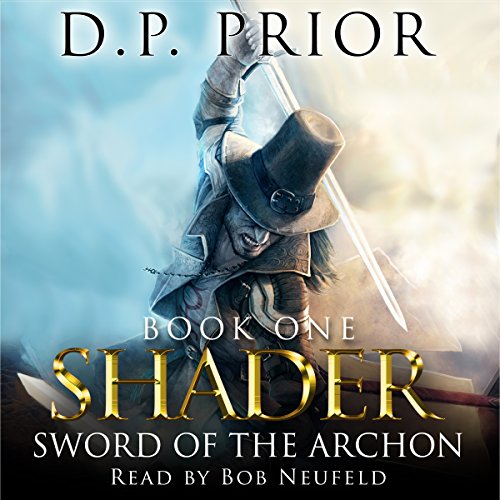 Sword of the Archon

The first book of the epic fantasy trilogy. Plague strikes the city of Sarum, and the dead rise from their graves. The liche, Dr. Cadman, has discovered a long-hidden artifact and perverted its power for his own selfish ends. But an ancient evil from beyond the stars is drawn by its use and turns hungry eyes upon the Earth. These are the times of Unweaving, the times Deacon Shader has been prepared for since the day he was born. A man of prayer, deeply troubled by a contradictory faith, he is also the deadliest warrior of his generation. As events spiral out of control, and Creation itself hangs by a thread, the paradox at the heart of Shader’s life may just be the last desperate hope of all the worlds.

What listeners say about Sword of the Archon

Couldn't finish it. Couldn't get 15 minutes in. The narration was unlistenable. Definitely a refund.