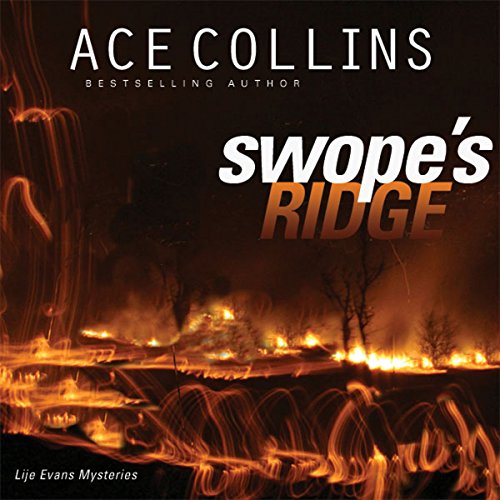 By: Ace Collins
Narrated by: Patrick Lawlor
Try for $0.00

September 12, 2001. Four members of the Klasser family are found dead outside Dallas, Texas. In the wake of 9/11, the Klassers’ neighbor, Omar Jones—an American citizen of Arab descent—is convicted of their murder.

A month before Jones’ execution, attorney Lije Evans searches for evidence that will prove the man innocent. But Evans’ quest goes deeper than solving one crime. He is determined to find the secret behind the dark history of sleepy Swope’s Ridge—and how it ties into his wife’s murder.

Interlocking mysteries lead Evans and his team to the battlegrounds of former Nazi Germany, the dirt roads of Kansas, and a rusty cargo ship in the Gulf of Mexico. Along the way, they discover a secret that offers the promise of great power—and the greatest temptation they’ve ever faced.

In the second book of the Lije Evans Mysteries series, bestselling author Ace Collins immerses readers in an intricate and deadly international plot. Racism, betrayal, and death-defying escapes compound an adventure that knows no bounds in this harrowing novel for suspense lovers everywhere.

What listeners say about Swope's Ridge

This series is a keeper

In fact, I've listened to it several times. This is the second book in the series, and give them both top marks! Characters are believable, the storyline is suspenseful and I wish Mr. Collins had produced anther book to the series. It ended with plenty of hooks to build on!

This has got to be the most juvenile-y written AND read audio-book I have ever listened to. If you are at the age of 13 or above, you most likely will find this book way beyond your patience to listen to.