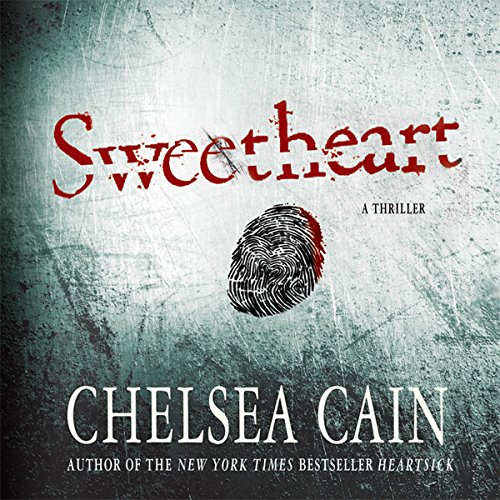 By: Chelsea Cain
Narrated by: Carolyn McCormick
Try for $0.00

With Heartsick, Chelsea Cain took the crime world by storm, introducing two of the most compelling characters in decades: serial killer Gretchen Lowell and her obsessed pursuer, Portland Detective Archie Sheridan. The book spent four weeks on the New York Times best seller list and garnered rave reviews around the world. But the riveting story of Archie and Gretchen was left unfinished. Now Chelsea Cain picks up the tale again.

When the body of a young woman is discovered in Portland's Forest Park, Archie is reminded of the last time they found a body there, more than a decade ago - it turned out to be the Beauty Killer's first victim, and Archie's first case. This body can't be one of Gretchen's - she's in prison - but after reporter Susan Ward uncovers the dead woman's identity, it turns into another big case.

Trouble is, Archie can't focus on the new investigation because the Beauty Killer case has exploded: Gretchen Lowell has escaped from prison.

Archie hadn't seen her in two months; he'd moved back in with his family and sworn off visiting her. Though it should feel like progress, he actually feels worse. The news of her escape spreads like wildfire, but secretly, he's relieved. He knows he's the only one who can catch her, and in fact, he has a plan to get out from under her thumb once and for all.

Chelsea Cain has topped her own best-selling debut thriller with this unpredictable, edge-of-your-seat story.

What listeners say about Sweetheart

A second instalment of the serial killer/detective relationship which I enjoyed very much. There is definitely something very compelling about the characters and this dark place they have travelled to. Very reminiscent of Clarisse and Hannibal. I would recommend you read the first book 'Heartsick' first.

I found the characters unbelievable, they behaved stupidly, and for the most part seemed quite contrived. The story line was slow, tedious, and annoying. I kept listening just to see if by chance it would improve---it did not. All in all---a formulaic written book and an author I will avoid.

Another average mystery from Cain. Meh.....

Chelsea Cain might have a lot of ability-I like the way she writes dialogue and, if she had a better or less hackneyed plot line she might be capable of above average mysteries. However, her first two books have been, in my opinion, little more than retreaded plots that have been done previously by better novelists.

Heres the thing-the books aren't dogs (and she can write a hot sex scene) but they aren't wonderful either-they are average..Meh...take it or leave it types of books.

I didn't get much out of the first book, which I bought on an audible sale, and I also had purchased the second book at the same time so I was stuck listening to both books. They weren't, either of them, sufficient bad to not finish them, not boring, not terrible books. But they weren't great either. They were just basic average mysteries.

I'm recovering from a fractured hip so I have time to waste when not watching the Olympics. This book would have been close to a waste of time if I had something else to do.

As for the narration, McCormick has the characters down-I like her take on the evil serial killer a lot..she sounds like Disney's Evil Queen from Snow White. Her narration goes right along with the plot, however...average.

Picks up where Heartsick left off, but isn't half as good. The story is slow and formulaic. Seemed to just drag on without really progressing anywhere. The fact that the main male character (Archie) survives is simply unbelievable. Closes with a gratuitous opening for a sequel. Disappointing.

I listened to the first book, heartsick and like it. This book, however, is way to weird and unbelievable.
They also put music, to transition between chapters... this did not work, long pauses.
If you've listened to heartsick, you will probably be tempted to listen to this one.. I wouldn't recommend it.

Hated Sweetheart so much, I stopped Listening

Would you try another book from Chelsea Cain and/or Carolyn McCormick?

This book was populated by unbelievable characters and absolutely stomach-turning grisly details of gruesome murders. Mix that all up with a Vicodin addict hero, and it simply was not worth finishing. I will not purchase any serial killer books written by Chelsea Cain.

Carolyn McCormick is fine, but for the material she was reading.

Which character – as performed by Carolyn McCormick – was your favorite?

None. Dead drunks, ditsy ex-hippie Moms, vicodin addicts, statutory raping Senators, and the remainder of the people enamorated with a self-pitying, druggie hero. Let's not forget the siren, seductive serial killer. God, what a cast.

I have put down 2 books before finishing, in my entire history of reading, and this was one of them

I found another author .

I'm always apprehensive about using a credit wasted many a credit on a new to me author. I am very pleased with Chelsea Cain. between my local library and Audible, I am beginning to listen to number 3 in the series. I had always loved listening to Carolyn McCormick. When she stopped narrating for James Patterson, I stopped purchasing his books. Carolyn adds to any book, her voice is very easy to listen to.

Oh where to start? Book continues where Heartsick left off. It starts out with the discovery of a body in a park but quickly goes off to focus on the escape of convicted serial killer Gretchen Lowell who had previously kidnapped and tortured lead detective Archie Sheridan.

Also apparently threatened by her escape are reporter Susan Ward and her mother Bliss. Ward's character is incredibly annoying; I think she is supposed to come across as smart and resourceful but she repeatedly does very stupid things. She acts like a petulant child and frequently causes the situations she is in to get worse.

The plot is all over the place and has so many just absurd occurrences that it was really hard to finish it. I almost didn't.

Here is an example of how stupid it was: without creating a spoiler (if that's possible), at one point Archie decides to sneak out of police protection; in the process and he smokes one of Ward's cigarettes and leaves the butt on the ground to be a source of his DNA. Whatever for? He is sneaking out of the hotel where he is under police protection; the room of course contains such other obvious DNA sources as his toothbrush, hair comb etc. Just Stupid! Oh, and they never do anything with it. Ugh. There are a lot of these.

This doesn't even begin to address the topic of Archie's attraction to the woman who tortured him for 10 days. Just not believable.

The narrator is terrible too. She tries to "act" the male parts by deepening her voice and then the females are spoken in almost squeaky high pitch. Very irritating. Maybe the story would come across better with a better narrator.

I will not listen to another in this series. Its just too ridicules.

Totally unbelievable- waste of time and a credit.

I was not impressed with this follow up to "Heartsick". The characters were too weak and whiny this time around. The description was thick and painstaking. I would find myself leaning forward, thinking "come on, get to the frickin point!!" I think the relationship between Archie and Gretchen veered dangerously toward unbelievable. Quite disgusting actually. It was a long time getting to the last 30 minutes that only produced a so-so ending. I think I'll skip the next saga. I've had enough.

Why use a female narrator when the lead character is male? That was so annoying and it just took away the last bit of the lead characters likeability and to be honest he is not the most likeable person as it is. I'm definitely going to read the last of the books in the series rather than getting the audio-books.