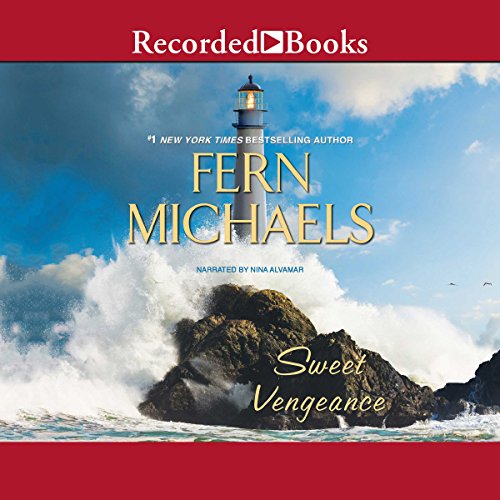 By: Fern Michaels
Narrated by: Nina Alvamar
Try for $0.00

Number one New York Times best-selling author Fern Michaels' new novel is a deeply satisfying and uplifting story of one woman's journey from heartbreak to triumph.

Tessa Jamison couldn't have imagined anything worse than losing her beloved twin girls and husband - until she was convicted of their murder. For 10 years, she has counted off the days in Florida's Correctional Center for Women, fully expecting to die behind bars. Fighting to prove her innocence holds little appeal now that her family's gone. But on one extraordinary day, her lawyers announce that Tessa's conviction has been overturned due to a technicality, and she's released on bail to await a new trial.

Hounded by the press, Tessa retreats to the small tropical island owned by her late husband's pharmaceutical company. There, she begins to gather knowledge about others in similar situations to her own...people who have lost their families in horrific ways, only to see the perpetrators walk away unpunished. For the first time since her nightmare began, Tessa feels a sense of purpose. She'll use the fortune at her disposal to track down criminals who have outwitted the law. Only this time, it'll be Tessa, not the courts, who determines what their sentence should be.

One by one, the guilty will be led to justice, and victims like Tessa can gain closure. But when it comes to her own case, will Tessa be able to learn the truth at last...and reclaim her freedom and her future?

What listeners say about Sweet Vengeance

I couldn’t stop listening to this amazing story!!!! You won’t regret this book and it’s a serious page turner too.

I figured out somewhat early who had "done it", but definitely a few twists on getting there. could not stop listening.

A touching story of righting wrongs and coming to face with the realities of life and a persons actions. Sometimes you just need to listen to the book to get the full impact of the written word.
This was a very well written book. Hope you enjoy it as,much as I did. Happy reading

Love Fern Michaels, but this not her best

Dark tale of twisted people, but from early on, the true murderer was evident. Like some other reviewers,could not achieve a real fond connection with the main character. It skipped around a lot to me....too many side plots. The narrator was okay, but sounded quite stilted to me. A good narrator feels likes they are talking the part, this one sounded as though they were reading. However, still a fan and happy good wins in the end.

I don’t recommend this book. Not only is the narration terrible, the heroine is is an entitled whiner and it’s difficult to root for her.

great narrator. the story was entertaining, although predictable and slightly far fetched. though still enjoyable.

I wanted to like this book and kept listening in the hopes it was going to get better. The story was completely far fetched. The last 3 hours of the book were incredibly slow and I felt like a lot of the same material was just repeated. It just dragged on and on without any type of substance. The narration was just ok.

I have never left a bad review… I feel as though if you don’t have anything nice to say you shouldn’t say it at all. However I have to say that this book is the worst written book I have ever listened to in my life. First thing is that the book description did not describe this book at all!!! It says something about how she works to get justice for others…what the heck!?!? That is nothing about what the book is about!! Sadly I was counting the book down from hour two but I just need to hear the ending of a book that I start but no book has ever made it this hard!!!!! It was truly torture. The writing was repetitive, simplistic and at times completely irrational!! I truly think the author could have subtracted about 3 to 4 hours from the book just by not repeating the same things over and over. The author barely discussed anything pivotal to the story but just expected the reader to accept everything for true!! She merely talked about the same aspects over and over and over. even the epilogue was cliché… Don’t get me wrong I want a happy ending but there were so many things that were left unsaid. Additionally if what is true about the husband, details that were revealed at the end of the book, then how on earth did his wife have no freaking clue that she was married to such a psychotic person? The details of that should’ve been discussed you can’t just bring details to a reader And not work them into the story such as discussing moments in her life where she might’ve thought her husband was dissociative? Anyway I will quit complaining now; I can never get those eight hours of my life back—for the next reader, please don’t waste your time.

I bought this with my credit and all I get is 4 minute sample where is the beginning and rear of book?Angry to lose 1 credit and only get sample!