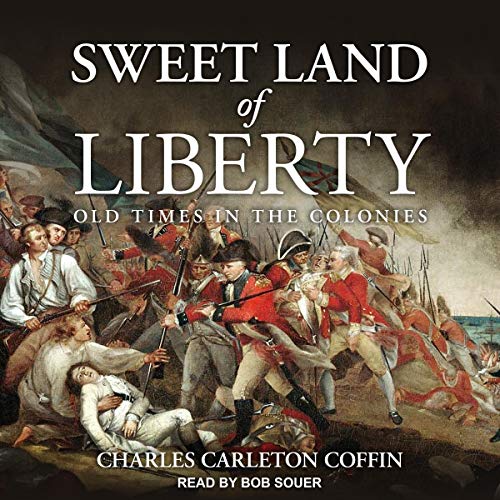 By: Charles Carleton Coffin
Narrated by: Bob Souer
Try for $0.00

The settlement of North America was the beginning of a new era in human history.

The oppressive laws, habits, and customs of the Old World no longer held such power over those who had made the treacherous journey across the Atlantic. No reigning monarch or dictatorial power ever stepped onto the ground of North America. Yet, despite this, the men and women of the 13 colonies of North America were still not free until they threw off the shackles of England's government and asserted their own rights.

The journey between the discovery of America to the eventual liberation of the United States after the Revolutionary War was a long and turbulent one that Charles Carleton Coffin uncovers through the course of his book Sweet Land of Liberty.

This book is a must-listen for anyone interested in the early history of the United States and how ideas of liberty and freedom were developed in the colonies prior to the War of Independence.

What listeners say about Sweet Land of Liberty

Great Story, but the topic was too broad

The author did a good job in covering the history of the colonies, but it seemed like a lot of information about a lot of things, but too little information about any one thing. It seemed like drinking from a firehose. Yet, there is some good history here. I found the section on the witch hunts in NewEngland and the war of the Englishmen and the provincialists against the French and Indians in Canada to be interesting.