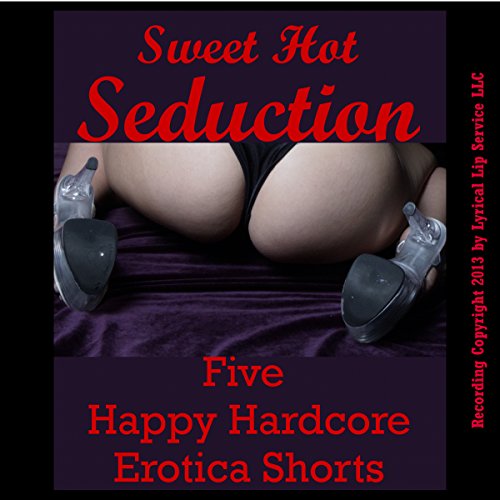 "Sex in an Alleyway Eight Years Late": When he was 17, a semi-truck hit the school bus taking Adam to a track meet. He crashed through the front window and spent seven years in a coma. His biggest regret is that his girlfriend Courtney never got to keep her promise to take his virginity.

"Saturday Night Wife Swap: A Very Rough Wife Swapping Tale": Laura and Nikki are best friends who are also ultra-competitive, and their inability to let the other appear better, smarter, or more adventurous lands them in a sketchy situation when their husbands joke about a wife swap and each tries to be more enthusiastic than the other.

Warning: This audiobook contains very explicit descriptions of sexual activity during various sex encounters. It is intended for mature listeners who will not be offended by graphic depictions of sex acts between consenting adults.

this book was so boring

there was NOTHING EXCITING ABOUT IT!. The stories were so short they didn't even excite you... and the MFF shower was literally a shower... the other woman washed his hair that was it

It ranks at the top for my erotica books!

You can compare the style and ease of listening to any short stories books. My other erotica listens are longer in length. What I really enjoyed about this book was the fact that I got shorter stories (eg not belabored) and more of them, more variety!
And these short stories are varied, from virgins, to sex parties.

I have listened to Mike Dennis before and enjoy his works. He has a nicely modulated, masculine voice.

Made me laugh at times.

This is a must-read if you enjoy erotica~