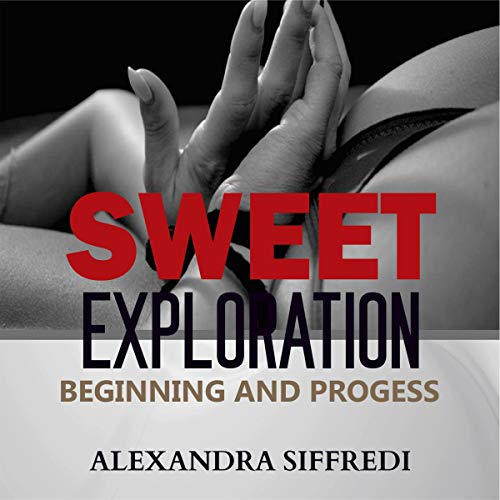 By: Alexandra Siffredi
Narrated by: Katrina Medina
Try for $0.00

I had dated occasionally within the theater crowd, but nothing serious had ever developed. So, I wasn't expecting too much from this new guy past a one-night stand. But it had been a while since I'd had someone in bed. And this someone had quite a large hand rested on the bar top. I wondered the rumor was true in his situation. If so, I wasn't sure if that thrilled or scared me.

We had barely stepped outside before he put his hand behind my head and kissed me. He was surprisingly soft and gentle. How it belied the man I would later find out he really was.

He hailed a cab back to my apartment where he definitely did not disappoint. In between a couple of rounds of great sex, we talked about my classes and the play. How he thought I'd been robbed by not getting the lead when I so obviously deserved it.

In retrospect, I had made a mistake by telling him that I liked the pain he inflicted. I discovered that his sadistic tendencies far surpassed my masochistic ones, terms I also didn't understand until far later. The memories of those last sessions with him would haunt me for years. I was so naïve.

I graduated and got my degree just over a year into the relationship, not counting the first two months since I had met him. Things noticeably went downhill. It wasn't like the summer before.

What listeners say about Sweet Exploration: Beginning and Progress

It is romance and practical healthy audio guide.

I certainly found some useful tips and information

I certainly found some useful tips and information here, some new ideas also and I thought I knew it all . Also a great way to get your partner interested again, a great talking point, get them to listen this audio-book and then ask what they thought of it also.

I can honestly say this is the best sex Stories

I can honestly say this is the best sex Stories audiobook that I’ve ever listen. If you and your accomplice are hoping to return some speed in your sexual life, this is a decent audiobook for you.

This audiobook assistance me to Improve my skill

It was a really great audiobook to listen to. It was fantastic, sexual, hot and funny all at the same time. Great narration skills especially at the naughty scenes!

Insights are unique and turn me perceive deeply

Everyone should listen this audiobook

This audiobook is so important. So much helpful and positive information, science-based but still entertaining and easy to digest.Narrated beautifully. Definitely found it helpful in many ways, she gives real advice and insights.I feel enriched professionnally and personally. This has changed my way at looking at women sexuality. I grateful to be more aware of that. The content is also fully adapted to men according to me!

I want every man and woman listen this audiobook

This audiobook is affirming,practical, confidence-building and full of credible scientific support for all of the above. I wish it was available for me to listen years ago. Splendid!I listen this audiobook upon advise of my psychologist. I have learned different ways to understand issues that I have about myself. Thank you for a new perspective that I can use to have a happier life.

Please stop what you are doing and listen this.

EVERY woman should listen to this audiobook!

Every one should listen this audiobook and then share it with every other woman in her life. Author takes science & makes it make sense in an articulate, compassionate, humorous way. I plan to get a hard copy & do lots & lots of highlights & notes. As a survivor of childhood incestuous sexual abuse I can recommend this audiobook as a great way to start dispelling the myths & erroneous self-talk inherent to that history. I wish I'd had this audiobook years ago!!!

If someone listens carefully to this audiobook, it can change their life. It can help them accept who they are, which is key to being comfortable with your sexuality.This audiobook can change lives for the better. So sympathetic, helpful, comprehensive, positive. I'm so impressed with the information shared.

This is the best audible information knowledge.

The audio book is straight to the point explains first. The cause of the problem and then offers, easy to follow techniques and exercises.

I can honestly say this is the best sex Stories.

I can honestly say this is the best sex Stories audiobook that I’ve ever listen. If you and your accomplice are hoping to return some speed in your sexual life, this is a decent audiobook for you.Thanks Author.

The information in this audible is life changing.

Thanks to author for creation a wonderful audible.

This audio book will give you ideas on how to take your sex life to another level. This is a wonderful audio-book for me.

Sex places of this book are especially loved

Also, the sex places of this audiobook are especially loved by my accomplice. we are not a conventional couple, and this audiobook additionally has a section identified with us.

Prescribe this audiobook for different couples

I enthusiastically prescribe this audiobook for different couples who need to analyze in the room.Your loved one will thank you for this audiobook.

You must make your partner satisfied during and af

You must make your partner satisfied during and after a sexual encounter. Knowing every sensitive part of your partner is vital to help them reach an orgasm during sex. This audiobook is a detailed guide for men that how he can make her girlfriend's orgasm and sexually satisfied.

This audible is an excellent way to learn sexual

Great listen for myself as a woman and counseling

Come as you are has been the greatest audiobook on sexuality that I have ever picked up! I am a clinical counselling graduate student and have found a fascination with human sexuality. This audiobook is AMAZING!!