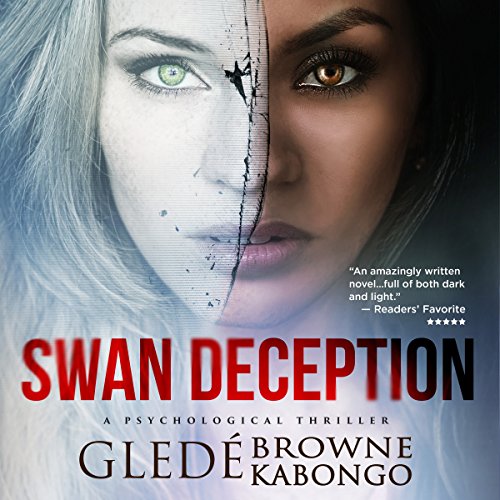 By: Gledé Browne Kabongo
Narrated by: Kristin James
Try for $0.00

The perfect family, a house of full of secrets and an ingenious killer out for revenge

Dr. Shelby Cooper seems to have it all-- a successful career as a leading scientist in her field, two adorable kids, and a loving husband who is poised to become the next CEO of a multi-billion dollar corporation.

Shelby's perfect world is shattered when she becomes the prime suspect in the brutal murder of her former Physical Therapist. After all, the body of Alessandro Rossi was discovered in the trunk of her car with a single bullet wound to the head, and Shelby's fingerprints all over the murder weapon.

For the Cooper family, the nightmare is just beginning. An ingenious killer is on the loose -- a vengeful enemy whose diabolical plan may send Shelby to prison for life.

Who is Shelby Cooper and what secrets has she been hiding? Who wants her permanently out of the picture and why? The truth may be too horrifying to be believed.

What listeners say about Swan Deception

One of my very few 5 star rated productions

This is my second book by Glede Browne Kabongo. The first was an ebook and this, an audiobook. I was immediately drawn into the story and kept there by the author. The storyline was nearly perfect and it helped for me that the subject was around STEM (science, technology, engineering and mathematics) fields. This was easy to get through and very entertaining on the drive to and from work. The ending was a shocker for me - I won't say anything, you have to read or listen to it for yourself.

Browne Kabongo did her research in writing this book and the precision to which the science was presented was perfect. You could not help but feel you were right there in the story. Please read or listen to this book if you are looking for a good thriller.

Thanks to the author for a review copy. I have volunteered to provide this review.