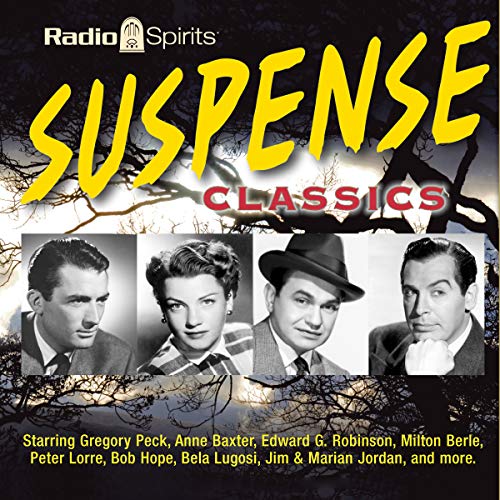 Where the stars come out...to shiver!

Horror stars, action heroes, matinee idols, leading ladies - Suspense offered them all a showcase that expanded and emphasized their distinctive talents. Peter Lorre and Edward G. Robinson were particular favorites and appear here in tortured, desperate roles and never failing to wring every bit of tension from the scripts in their hands. Popular comedians - like Bob Hope and Milton Berle - were also regularly featured. Cast hard against type, the audience was forced to view them in an entirely different light...and were left gasping in their wake.

What listeners say about Suspense

loved it took me back

this took me back as a child. laying in bed with the radio on. waiting for mom to tell me to turn it off and go to sleep. loved it