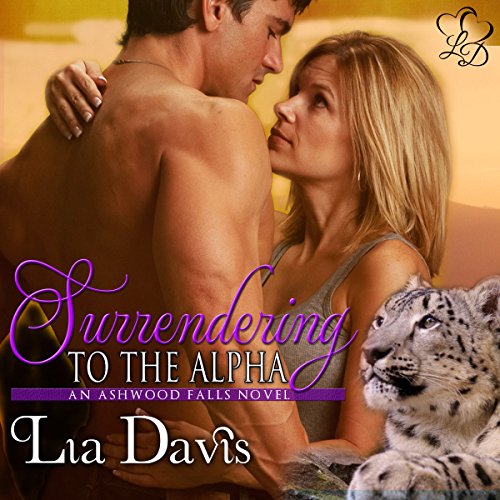 Ashwood Falls' leopard alpha, Keegan Andrews, holds on to the pain of his deceased mate as his own personal hell - a reminder that not all things are what they seem. The pack scribe, Addyson Lewis, is no exception. She's intrigued him like no other since the day she stumbled into Ashwood territory about 25 years ago. He can't stay away once he discovers that just being near her calms the storm inside him, even if it means exposing her to the evil she tried to escape.

Over 100 years of psychological torture at the hands of the rogue Onyx Pack has left Addyson with no memories of her life before captivity and with the inability to control her psychometric nature. Anything or anyone she touches sends her into their darkest past and secrets, causing her pain she wouldn't wish on anyone. Without the ability to control it, she's forced to deny her leopard the connection she craves from the pack that welcomed her with love and without judgment. That is until the day Keegan involuntarily touches her bare skin, and she finds the peace she's craved for far too long.

Warning: Contains one sexy alpha leopard who craves the most decadent of dreams, a hidden treasure contained within a spunky woman, and the ability to create a mating bond that's the most explosive yet.

What listeners say about Surrendering to the Alpha

This is a quick story that seemed like a filler book in the series. It is short and gives little to either the romance of the couple or the continuing battle going on against the Onyx pack. This book gives us some back story about Keegan and how he lost his first mate. Addyson begins to heal and even as the two find that their attraction can no longer be denied they continue to fight it. Alongside their story we get a bit more information on the Onyx pack and how they are connected to the characters in this book. I felt as if this book only touched on both the main couple and the war going on. It keeps switching from one subject to the other almost as if this was a first draft of the book. Details or explanations seem to be lacking as well, having listened to the previous books it was easy for me to catch on though. There is a lot of information about secondary and new characters brought in that it begins to be hard to keep track of everyone and the connections. Narrator Annika Hart speaks clearly and moves the story along nicely.

Enjoyable book. The character development is good and the storyline keeps you interested until the end.

This was good. I enjoyed listening to this book ,it helped to take my mind off what's going on around me. I voluntarily reviewed this advanced copy.

another awesome story from this series

great read. love the story line. Rogue shifters Unstable pack out to get all the packs left. All the healthy packs put together a council and try to take down the rogues and they're awful leader only to have the rogues always one step ahead. I love that even in these stressful times they're still a love story underneath with all the action packed fun in mystery. This is definitely a great series to jump into characters are great and the performance is good.

fun and interesting.. sexy and hott.. narrator does a good job with these characters.. some spots were slower for me.. it wasnt my favorite narrator ever but i did enjoy it and would listen to more.

Just as exciting as the previous books. I love family reunions and happily ever afters

Loving this world, Keegan and Addyson were great

Another interesting story of the Shifters of Ashwood Falls. I love these characters and keep hoping all will work out. Surprise connections keep popping up as well so one never knows what to expect. I was glad that Addyson finally allowed herself to trust Keegan to love her and create their mating bond. So many other pairings going on as well, and I can't wait until the next story. The narration by Annika Hart was again wonderful, and I enjoyed listening to her bring these characters to life.

I received a copy of this audiobook through CBR Services, and this is my unsolicited review.

Another Great book in this series

I enjoyed listening to this book. I want to continue this series. I want to find out what happens next. There are good twists in the plot, some you see coming and others you don't. The author does good at getting you to rally behind the characters. They are ones I won't soon forget. I enjoy listening to the narrator's voice and would listen to any book sh reads. I would recommend this book and series to anyone who enjoys a good paranormal shifter romance.

Great addition to the series. The ways of this clan are intricate and demanding. Their sense of family bond is admirable, love that. Keegan is such a strong character and it seemed odd at first for him to be mated to Addyson considering her demeanor but they have a deep connection just waiting to blossom. This holds the series momentum, is engrossing, emotional and revealing but I think Tiger's Claim was a little bit better. I would like to see more successful progression in their fight against Phoenix, though enjoyed it regardless. I am voluntarily reviewing the free Audible version without obligation, so I do want to also mention that the narrator does a great job.

The narrator does a good job!
I am loving these short stories about the members of the pack in Ashwood Falls!
Keegan's precious mate and mother this children killed herself after betraying the pack. Or so it seems.
Addyson is a Scribe who can't be touched without feeling pain. She lost her shields when she was forced to read objects and people continuously when she was held a prisoner of the Onyx pack for a hundred years. The only ones she can touch is Keegan and now Will, another scribe.
Keegan knows that she is his second chance at a mate but he is still embedded in the past betrayal. Now that he has to get Addy to safety he has a chance to right some things. He also finds out about a secret that changes his world.