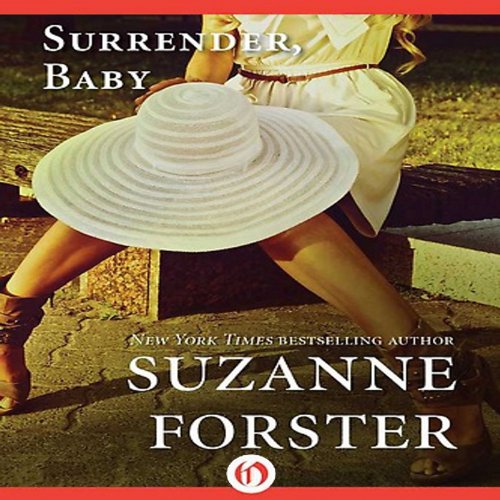 When Miranda Witherspoon’s fiancé mysteriously goes missing in South America, she enlists the help of mercenary Geoff Dias - a man from a wild night in her past she’s hoped to forget ever since.

In Surrender, Baby, the third book in Suzanne Forster’s Stealth Commandos trilogy, Geoff Dias is a mercenary with the ability to stir the desire of any woman with whom he crosses paths. Miranda Witherspoon, a hotel executive with a missing fianc, seeks out a bounty hunter. She can’t say no to the 6’4” Dias, whose broad shoulders and emerald stare render him impossible to ignore. Randy can’t shake the feeling that she’s met him before.

During an encounter in Geoff’s office, he forces her to recollect a compromising encounter from their past. Randy realizes that he’s the stranger with whom she shared a reckless and passionate night - one she’s been ashamed of ever since. Geoff has never forgotten the mysterious woman from that fiery affair. When he finds his way back into her life, he’s determined to rouse the desire she’s buried.

This book is definitely predictable but...... it still kept my attention and I enjoyed it. This is the third book in the series and I thought this one was a little better than the first two. This is the story of Miranda (Randy) and Geoff. Geoff has a domineering arrogant personality which I believe enhances the sexual tension between them. His personality grew on me as the story progressed. This is another good book to listen to on a rainy day.

Suzanne wrote an awesome book. I was hooked from page one. I have read most of her work. This is the first audiobook of hers I've listened to... I only wish it were longer. The narration was perfection.

The story could have been so much better. The idea was good, the execution, bad. Just when things started to look interesting the story line took a turn to the ridiculous.