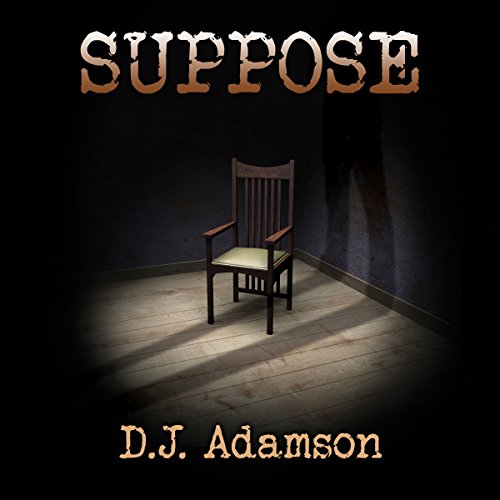 By: D. J. Adamson
Narrated by: Reagan Boggs
Free with a 30-day trial

Highly reviewed, the Lillian Dove series is making its way onto audio players, digital readers, bookshelves, and libraries. Frytown, Iowa, a small burg no one heard of, now a prominent place on the map.

Lillian's back, again with contrary attitude - still battling an ornery convalescent mother, trying to avoid Detective Leveque of Major Crimes, she's elevated her status to liquor store owner. An alchie owning a liquor store? That's only the beginning of Lillian putting herself in situations that trigger her stubbornness.

Having no experience with crime, other than a former part-time job for the Frytown Police Department, Lillian learns fast who to believe and not believe, who to trust and who to run from, as if her life depended on it. It does!

Highly tenacious and high on resilience, despite the added manipulations from her mother, Lillian faces the CEO gangster who thinks the world was meant just for him.

Suppose is irresistible fun and powerful suspense from D. J. Adamson, author of the highly acclaimed Admit to Mayhem.

What listeners say about Suppose

If you could sum up Suppose in three words, what would they be?

What other book might you compare Suppose to and why?

Have you listened to any of Reagan Boggs’s other performances before? How does this one compare?

This is the first time.Although she is a capable narrator and kept the story moving.

My headline A Babe in Mafialand.

Just a simple story of a person life but just enough to keep you interested ...She was a drunk who was able to stop and make a better life for herself only to have it taken away , Sorry do not give long reviews but just suppose you read a book a little different and enjoyed it.. Oh yea this book was a free listen from the author but this is a honest review.

Fast paced cozy mystery. After a life of battling with addiction, Lillian Dove is sober and owns her own liquor store. When her best friend dies of an apparent suicide, she has her suspicions that she was actually murdered by her boyfriend. When she is blackmailed about the murder, Lillian’s life begins to spiral. Characters were very well fleshed out, Lillian in particular. It was easy to feel her loneliness and her upset. Despite this, she isn’t willing to give in easily. After everything she’s been through, she’s used to standing her ground. I found that to be a very likable characteristic. Background information was fed in well throughout the story, giving the reader a full insight of the characters and town. Even still, there is plenty of suspense. Reagan Boggs did a fantastic job of bringing the characters to life. This book was given to me for free at my request and I provided this voluntary review.

Five year sober now she owns a liquor store, how ironic is that. Cressie suicide is the one who lead her to being sober. Now Cassie Ex boyfriend wants to blackmail Lillian , saying he has proof that she was responsible. Things go bad to worse when she goes to confront him, and he is later found dead. Good narration by Reagen Boggs, brought the tension and story to life. Given ARC audio for my voluntary review and my honest r.

This is a fast paced cozy mystery that drew me in quickly and held my attention to the very end. The only problem I had with the book is the relationship between Lilly and the Charles. She realizes that he used her and put her life in danger, yet, that part of the storyline is not explored. It's completely glossed over. I felt that a conversation at the very least an apology should have happened. Other than that, the story is incredibly well written and I look forward to the next book in this series.

A fast paced thriller mystery, with a sympathetic main character and some quirky minor characters. Reagan Boggs voice perfectly fit the central character. An enjoyable 6 hour audio.
This was a free audio and a voluntary review, but worth a credit!

Reagan Boggs did an excellent job narrating, She had a real grasp of the characters.

A Story of Blackmail and False Accusations

This time it's her girlfriend's ex-boyfriend fingering her for her girlfriend's death. She'd have told him to take a jump off the idiot-cliff, only claiming proof. Lillian finds out blackmail isn't the only thing he's up to. Feds and a CEO connected with the Chicago Family are after him, and in turn, are on the hunt for Lillian. ^ That is the best summary, and it really does take you on a journey as you listen to it. It is so well written and well narrated that I know it'll be one I come back to. Reagan's voice is soothing and perfect for this story. *I was given this free review copy audiobook at my request and have voluntarily left this review.

No path as narrow, no road taken straight.

In this novel, beautifully written in the first person throughout, the reader experiences the often lonely and confusing and sometimes downright terrifying, period of days in the life of Lilian Dove, now resident of Freitown, where she has inherited and runs a small discount liquor store.

For her this in itself is a major achievement. Until five years ago she was an alcoholic, like her father before her. Her mother, still living, has always been spitefully hateful towards her and just seems to keep getting worse. Her best, possible only, real friend had died, deemed a suicide (though Lilian has suspicions that the live in boy friend killed her) many months before. But at last it was beginning to get right, she had a life. Until the blackmail call threatening to show evidence that she had murdered her best friend: video from a nanny-cam on a flash drive. She knows the caller, goes to tell him what she thinks of him - and her newly won life starts to explode.

The characterisation of Lilian is very well done, helped also by the narration of Reagan Boggs, who takes on the persona of the young woman, still fighting past demons and struggling with the present chaos entering her life. She's confused, afraid and lonely but also feisty and won't give in. A likable and very real person. Ms.Boggs conveys all of this admirably, without hystrionics, reading clear and sustained with good intonation. She also interprets the other character voices distinctly. A nice performance which very much adds to the overall enjoyment of the book.

This is a well constructed book, filling in background information about the main protagonist through Lilian's remembrances at appropriate points of the story. The tale is one to keep the reader guessing: what is going on? Why is she being targeted? And with some nice little twists along the way. It always feels exciting, frightening and plausible.

My thanks to the rights holder who freely gifted me a complimentary copy of Suppose, at my request, via Audiobook Boom. This was my first encounter with Lilian Dove and her author, J.D.Adamson and I certainly hope that it will not be my last.