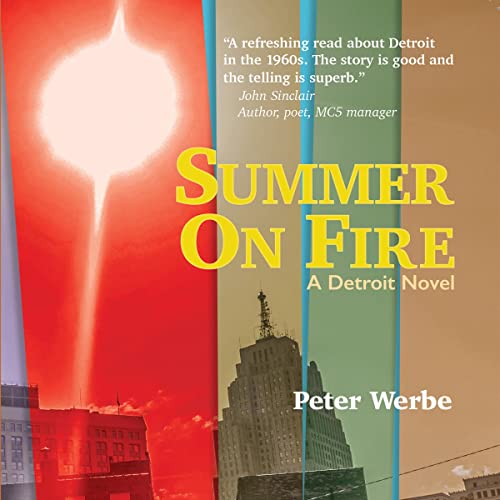 By: Peter Werbe
Narrated by: Robin Eichele
Try for $0.00

Summer on Fire: A Detroit Novel is set in the Motor City during the hot summer of 1967. Its characters are thrust into tumultuous episodes of the 1967 Detroit Rebellion, anti-war demonstrations, rock and roll at the Grande Ballroom, drugs, anarchism, the White Panther Party, Wilhelm Reich, and a bomb plot that an editor of the Metro Times wrote, provides “a people’s history and radical folklore of Detroit”. The setting is seven weeks in a critical year that demanded ethical choices by all involved, ones which mirror today’s crises.

What listeners say about Summer on Fire