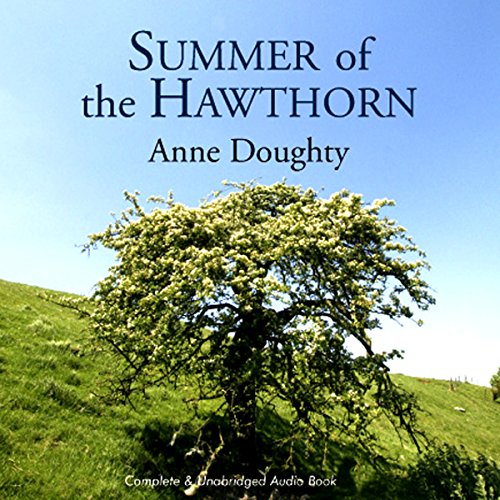 Summer of the Hawthorn

By: Anne Doughty
Narrated by: Caroline Lennon
Try for $0.00

Deirdre Weston, a London journalist, returns to her family home in Armagh to come to terms with the death of her mother. Faced with painful memories of her own past, Deirdre almost despairs of the task she has set herself. At the point of her deepest need, she is comforted by Deara, a mysterious young woman from fifth-century Ireland who draws her into the Druidic world of Tara, where the conflicts echo those of troubled 20th-century Ulster.
©1999 Anne Doughty (P)2007 Soundings

What listeners say about Summer of the Hawthorn

Every minute us a pure treat for your soul!❤️

I listen to many many books and this one is my very favorite!!! Find a nice spot and it will take you on a beautiful journey!!!👍👍

I had high hopes for this. While the performance was excellent, the story never picked up pace or drew me in to unfolding drama (was there any?). I finished to just to finish it.

One of the few books I've never managed to finish

I bought this ages ago and it sat on my ipod for ages. I tried several times but could never get involved in the story. Not sure if it was just the story or the narrator but not my cup of tea at all and I eventually deleted it

Not quite what I expected

I downloaded this audio book mainly because it was listed under 'Epic fantasy'. Unfortunately the only element of fantasy in this book was the strange connection between the two protagonists across centuries. I like dragons, magic and knights in my epic fantasy books and thus this was not quite what I expected. Fortunately I have a soft spot in my heart for Ireland and the history of the country and that helped me listen through the whole book. I also liked the Irish accent of the narrator.

The book is not bad, but it is not fantasy. Nor is it really epic.

Summer of the Hawthorne

I was so sad when this lovely book ended. Listening in my car on the way to and from work the past several weeks made me feel in such harmony with the people in it. The subject matter of peace in Ireland throughout the centuries was beautifully explained and, if you believe stories can heal, this one surely can. Listen to it and see why!