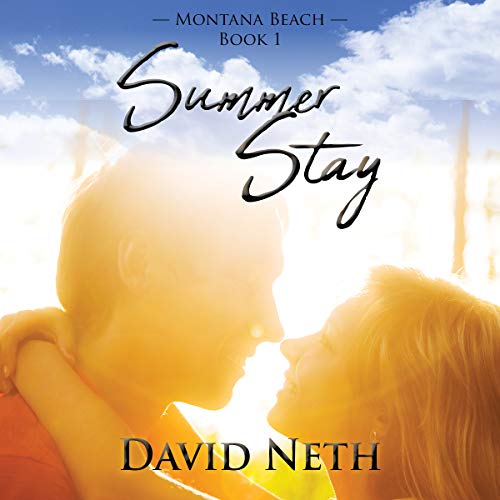 By: David Neth
Narrated by: Alicia Corts
Free with a 30-day trial

Jessie moved back to picturesque Montana Beach after a heartbreaking split with her ex. She's since thrown herself into her grandparent's inn, which has been struggling financially thanks to the town having seen better days. With few options available, Jessie considers accepting a developer's offer to buy Montana Manor, seeing it as a way to save her family's legacy, until she learns he wants to tear it down.

Meanwhile, Mason's tired of working at his father's advertising firm in New York City, although his father wants him to become his replacement. Unsure if that's the course he wants his life to take, Mason escapes to Montana Beach and the only inn in town to consider the proposal. But after he meets Jessie, he seems to gain only another reason not to take up his father's offer.

When Mason offers to help Jessie launch a campaign to save Montana Manor, the two quickly find themselves relying more and more on each other. But summer doesn't last forever, and Mason's stay is coming to an end.

What listeners say about Summer Stay

A quick and easy listen, David Neth begins this series with a good feeling story. Jessie has come back to Montana Beach after heartbreak with hopes to help her grandmother and heal herself. The struggling inn is being sought after by a big developer and Jessie is resisting the sale if she can. Mason has come to stay, grappling with his own problems. His father wants him to come work for him, but Mason is not sure this is the path he wants to take. These two begin to work together to try and breathe life back into the Inn and Montana Beach, and their feelings begin to grow. Neth has a heartwarming summer romance, but will their feelings extend past Mason's stay? Mason is a great character, I love his energy in this story. He is full of ideas and is willing to help Jessie with her situation at the inn. Jessie is a little too hesitant for me, but I think that is because I liked Mason so much! It's a fun listen, great length for a commute to work and a walk!

This is my first narration by Alicia Corts. I think her pace of the story is great, and her voices for females is good. I did have a little trouble at times differentiating her male voice, but did enjoy the tone and inflections she gives the story. She made it a pleasant listen.

This is a tale of Jesse & Mason and their helping each other over the summer. It's a lovely listen with developed characters and an enjoyable storyline. The narration was well done. Alicia Corts has a pleasant voice and managed to keep the characters' voices distinct from each other and helped to make this quite the enjoyable listen.

I really enjoyed Summer Stay and Jessie and Mason's story. I was afraid that things were not going to work out the way I wanted them to, but, in the end...well...you just need to read the book. I love the scenes of Montana Beach described and the little B&B. Makes me want to visit!
I listened to the Audio Book version of the story. Alicia Corts does a good job. There were a few times that I didn't realize there was a shift in the speaker, but that could be due to my not paying attention and not due to her narration.
I will be reading (listening to) book 2.

This is the first book in the Montana Beach Series, a small town story. This was a cute and sweet short story. I liked Jessie and Mason's story. The other characters were also interesting. I loved their happy ending. I received this free review copy audiobook at my request and I have voluntarily left this review.

I absolutely loved this book! I have always loved a good old fashioned summer romance. The end of summer being the worst and most depressing part. This book goes through all the stages of a summer romance and then some! I laughed, I cried, I fell in love...

I wish the narrator would have different voices for the different people, it sometimes makes it hard to keep track of who's talking. otherwise it's an enjoyable love story.

I received this audiobook free for an honest review. The story was well written and an enjoyable listen. The narrator did a good job with the different characters and their personalities. Jesse and Mason are a good team when it comes to their plan for saving the Inn. Their blooming relationship is Cute. Looking forward to Book 2.

As Jesse struggles to heal her wounds, she dives head first into her grandparents hotel. She is determined to help save it from being bought out. But she does not know how. In comes Mason, who knows how to advertise. Can these two work together to save the hotel from a bigger corporation? Can the town become a true community again? Mason and Jesse ha e their work cut out for them. Working so closely together always brings people together, but will Mason desert his father's business for a chance at love? This is a sweet, summer romance story that was fun to listen to.

Alicia Corts narrates this book with ease. Alicia is able to keep different and consistent tones for each character. Her narration is smooth and easy to listen to. Alicia was able to bring each character to life and made me feel as if I were right there with them.

It was a pretty sweet love story and it kept my attention. An enjoyable quick read but it was somewhat predictable after a little while.
It wasn't too long either. A great summer themed story to listen to by the pool or on an afternoon walk or bright little pick-me-up on a dreary day. Author writes from both Mason and Jessie's points of view so you see how they both grow fond of each other.

Narration was excellent. She did a great job on switching between voices when the point of view changed back and forth and staying consistent.

I loved this book.

Nice story. The depth and connection to the characters have me addicted and ready to re -listen. I love both main characters, Mason and Jessie. The narrators are fabulous. David has another great book.