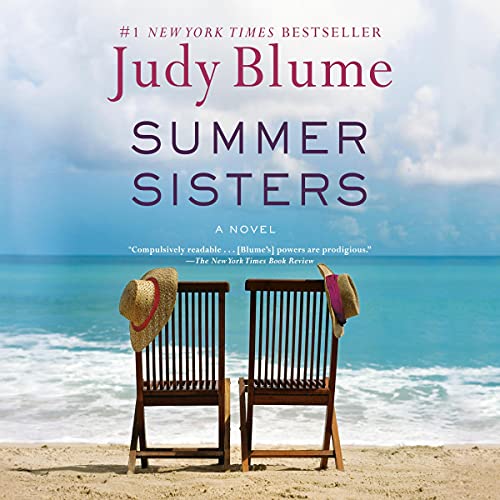 In the summer of 1977, Victoria Leonard’s world changes forever when Caitlin Somers chooses her as a friend. Dazzling, reckless Caitlin welcomes Vix into the heart of her sprawling, eccentric family, opening doors to a world of unimaginable privilege, sweeping her away to vacations on Martha’s Vineyard, an enchanting place where the two friends become “summer sisters”.

Now, years later, Vix is working in New York City. Caitlin is getting married on the Vineyard. And the early magic of their long complicated friendship has faded. But Caitlin begs Vix to come to her wedding, to be her maid of honor. And Vix knows that she will go - because she wants to understand what happened during that last shattering summer. And, after all these years, she needs to know why her best friend - her summer sister - still has the power to break her heart.

With a note read by the author, Judy Blume.

“As warm as a summer breeze blowing through your hair, as nostalgic as James Taylor singing ‘How Sweet It Is’. You remember. So does Judy Blume. How sweet it was.” (Chicago Tribune)

“An exceptionally moving story that can leave the reader laughing and crying...sometimes at the same time.... Blume creates a rich tapestry of characters.” (The Denver Post)

“Blume’s characters still tend to hover after the book is set aside.... She catches perfectly the well-armored love between longtime female friends.” (The Seattle Times)

What listeners say about Summer Sisters

I appreciated the audio remake of this book. The performance tended to put certain themes relationships between women, teenage girls' sexuality in an updated context. At times, I did miss Kate Readings interpretation of Caitlin. Readings huskier tones for Caitlin tended to project the false sense of maturity that she had; where as Amoss interpretation was that of a little girl who never grew up. Not a criticism, but an observation.

My favorite part though, is Judy Blume's explained of the background that led to her writing the book. Very information and interesting!

The first adult Judy Blume novel I've listened to, and it won't be the last. Great story, great voice cast too, and I recognize most of the narrators from other works they've been part of. An excellent story, great characters as well.