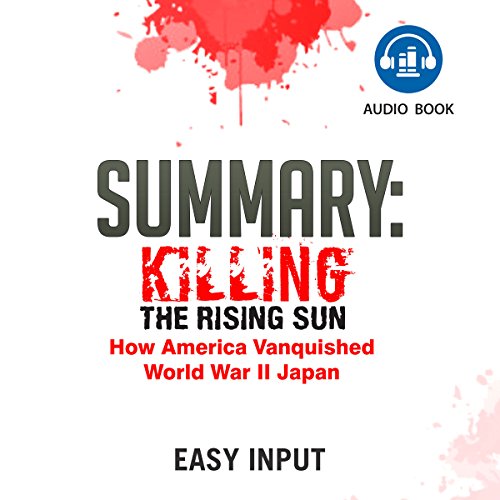 Bill O'Reilly takes the listener on a journey through the greatest war the world has ever experienced. As the European theatre is coming to a close and the Allied Powers have overtaken Hitler and his Nazi regime it is now time to focus on the Far East.

Through the battles of many islands and the fight for the Philippines O'Reilly reminds the listener of the greatness of America's greatest generation.

O'Reilly explains the Manhattan Project in an easy to understand way and show the effectiveness of the Trinity Test.

One underrated aspect of the Japanese war front was the effectiveness of the firebombs that would devastate much of Japan and O'Reilly goes into great detail over their targets and their effectiveness.