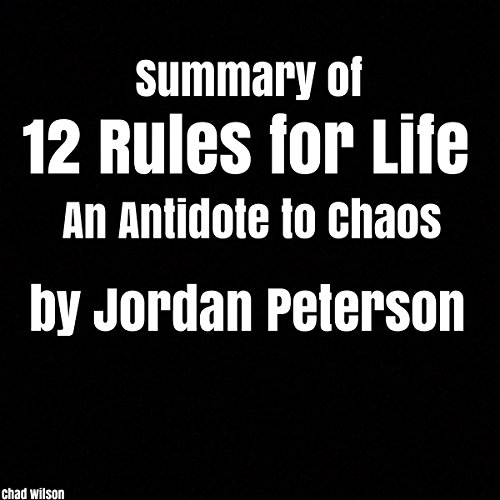 Summary of 12 Rules for Life: An Antidote to Chaos by Jordan Peterson

Summary of 12 Rules for Life: An Antidote to Chaos by Jordan Peterson

Please note: This is a summary of the book, not the original book. This summary is not endorsed by or affiliated with the original author.

Peterson outlines how he became the successful public intellectual he is today. It began when he started answering questions on Quora during his spare time, and his responses became popular. A literary agent contacted him after a radio show, in which he challenged the idea that life is about attaining things and being happy. Many years after publishing his first book Maps of Meaning, he began posting YouTube videos of his lectures online. Humans need positive, group-based value systems in order to establish order and keep life from becoming chaos and misery. However, these group-centered belief systems inevitably cause conflict with other groups - this is the dilemma we face today. In the West, we are giving up nation-, culture-, and religion-based unities in order to end conflict, but by sacrificing that, we are creating chaos, meaninglessness, and misery in our lives.

Peterson's 12 rules are based on questions he answered on Quora. We need a balance of order and chaos, routine and spontaneity, in our lives - we have to walk a straight path between them. Everyone wants the heroism of genuine Being, but it requires responsibility and sacrifice in order to achieve it.

Have a really strong cup of coffee ready ☕

So this book was difficult for me to get through. luckily it was only 45 minutes long. This is a "Summary" of Jordan Peterson's 12 Rules for Life. I think I would have gotten more out of actually reading the 12 Rules for Life instead of listening to this summary.

The narrator did an alright job. However, I just found his voice very tiring and monotonish.

I received this free review copy and have chosen to leave a review.