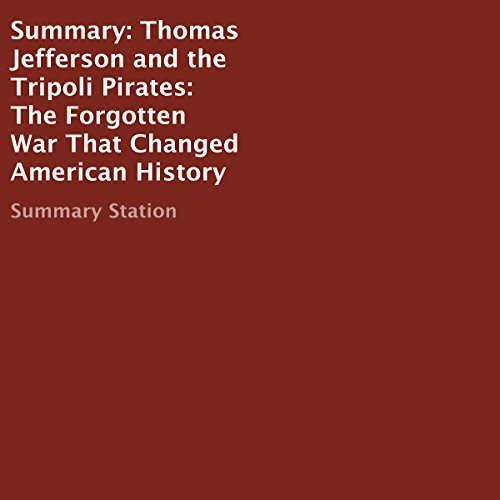 By: Summary Station
Narrated by: Daniel Hawking
Try for $0.00

The United States of America fought hard to become an independent nation in the latter half of the 18th century. A select few of these battles are remembered more than others, and they overshadow one of the most decisive victories this budding nation acquired. Brian Kilmeade and Don Yaeger's Thomas Jefferson and the Tripoli Pirates: The Forgotten War That Changed American History explores this war, fought against the Barbary nations in Northern Africa.

The Barbary pirates were incessantly attacking US cargo ships, thus impairing international trade, as well as taking the crews of these ships as prisoners. Despite the US's desire for simple negotiations, the Barbary leaders forced high tariffs (some referred to these tariffs as "purchased peace") on the US ships passing through their waters. For a considerable amount of time, US Congress held the belief that appeasing the Barbary's demands (paying such excessively high sums of money) was the best way to approach this situation. The consensus essentially being that it is easier to pay them off than to fight them off. One player in the US government (Thomas Jefferson) held a different belief. The only way to fight off the pirates, regain access to trade in the area, and free the US citizens who had been taken prisoner, was to go to war.

What listeners say about Summary: Thomas Jefferson and the Tripoli Pirates: The Forgotten War That Changed American History