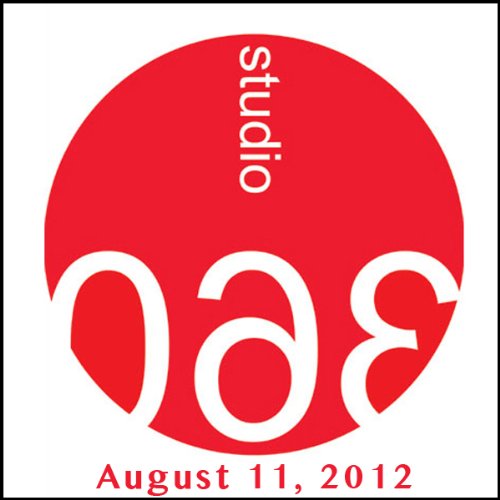 Julian Barnes’s novel The Sense of an Ending follows the thoughts of an unreliable narrator in his 60s trying to reconstruct events and feelings from his youth. After it won the Man Booker Prize last year, it became a bestseller on both sides of the Atlantic.

Next, when Yowei Shaw was in college, her parents' relationship started to change. Maybe it was empty nest syndrome, maybe it was a midlife crisis; but after taking a few dance lessons on board a cruise ship, her parents turned their lives upside down for the tango.

Then, comic books have not traditionally been a friendly place for women, unless they’re wearing spandex bodysuits with push-up bras. But artists like Jessica Abel are changing the way women appear in and write comics. Abel is the author of the graphic novel La Perdida, about an American woman’s misadventures in Mexico City. And, along with her husband Matt Madden, she’s teaching a new generation of graphic artists: her classes now often have more women than men.

And finally, for almost half a century, the composer Marvin Hamlisch made his way into our heads with ballad after show-stopping ballad: “What I Did for Love” from A Chorus Line, “Through the Eyes of Love” from Ice Castles, and the title song from The Way We Were, to name just a few. Hamlisch died this week at age 68. [Broadcast Date: August 11, 2012]

Listen to The Sense of an Ending by Julian Barnes.