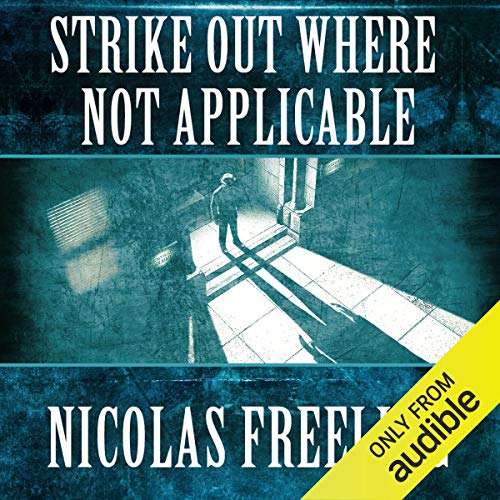 Strike Out Where Not Applicable

Strike Out Where Not Applicable

How do you prove a murder that's almost impossible to prove was a murder? An elusive homicide evades even the most decisive guile from a true master of criminal investigation, but Van der Valk won't let that stop him. A seemingly unintended death of a local restaurant owner might not be as accidental as some would like it to appear, and when the suspicions of the Commissaire are aroused, Van der Valk is called in to ask some very awkward questions. A fascinating thriller that will leave you on the edge of your seat as Van der Valk probes the strangest of human behaviours.

Nicolas Freeling (March 3, 1927 - July 20, 2003), was a British crime novelist, best known as the author of the van der Valk series of detective novels. Freeling's The King of the Rainy Country received a 1967 Edgar Award, from the Mystery Writers of America, for Best Novel. He also won the Gold Dagger of the Crime Writers' Association, and France's Grand Prix de Littérature Policière. In 1968 his novel Love in Amsterdam was adapted as the film Amsterdam Affair directed by Gerry O'Hara and starring Wolfgang Kieling as van Der Valk.

I suppose this is some kind of snooty ploy--giving us the murderer but neither the actual why or the how. Just a lot of bull about "character." A supposedly witty take on a crime novel? Only Simenon can pull that off. Not this guy. I'm getting my money back.