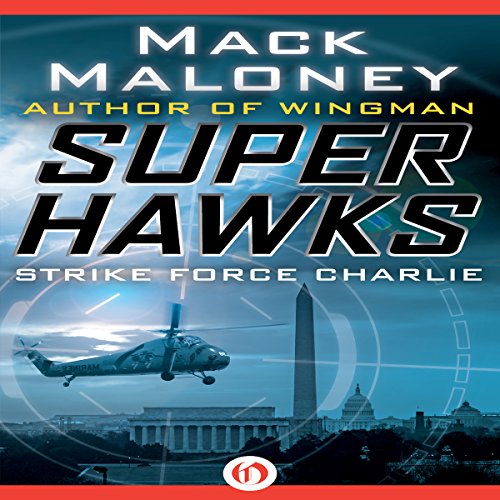 By: Mack Maloney
Narrated by: Charles Lawrence
Try for $0.00

Burned by their government, the Superhawks must take down traitors and terrorists when the global war on terror returns to America in the third book in this action-packed series by best-selling author Mack Maloney

Preparing to unleash a series of attacks from the heart of America, dozens of al-Qaeda terrorists sneak into the United States under paper-thin disguises - refugees, shipwreck survivors, a team of soccer players - overcoming tight border security with help from treasonous US officials. One potential obstacle - the Superhawks - gets eliminated when the US government burns the entire team.

After narrowly escaping imprisonment or worse, the Superhawks are left to die out in the cold. But rather than rolling into their graves, the men of the Ocean Voyager become ghosts - vengeful ghosts. Alongside the mysterious Bobby Murphy, the Superhawks team up with a group of American citizens to protect the country, save thousands of innocent lives, and purge the government of high-level traitors who threaten the very freedoms we hold most dear.

With all 3 books together, it is a great series.

Individually the books, for some reason, leave me not so impressed. Combined, though, the series is excellent. Character development is slow but eventually you connect with them. I recommend the series as a whole.