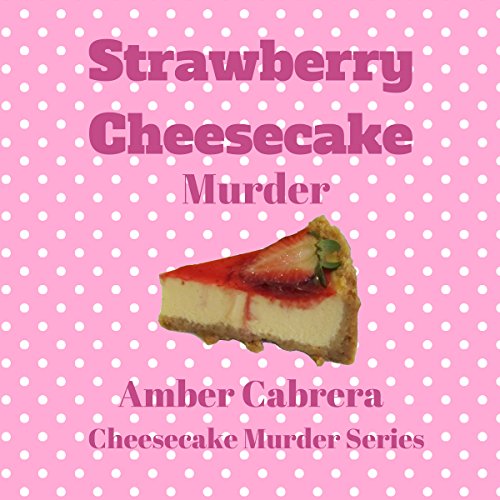 By: Amber Cabrera
Narrated by: Cathy Schrecongost
Try for $0.00

Jewell Deen, owner of the popular bake shop and crime museum Just Desserts in St. Augustine, Florida, flies to New York City to visit her nephew Barry and start her press tour for her first mystery cookbook. What Jewell Deen didn't expect was becoming involved in solving the double murder of a costume party guest held at her publisher Macgregor James' estate and sea Captain Wayne Wright, who was found dead on his boat. The clues lead her on a scavenger hunt all over the Big Apple, as the suspects are plenty and time is running out to identify the killer. Could it have been Captain Wright's boozy wife whose suspicions about her husband's philandering may have driven her to kill her husband? Perhaps it was Ashley Wentz, the beautiful but deceptive vixen who was rumored to have been having an affair with the captain? Or was it Jewell Deen's own nephew, Barry? Will Jewell Deen be able to survive the big city and solve this mystery before the murderer strikes again?

To be perfectly honest, I don't know if the story is any good or not. 15 minutes is all I could bear of this narrator. The little girl sound with a voice full of marshmallows is more than a body can take. Definitely give this one a pass -- at least until they can redo it with a decent reader.

I will try reading the printed version. It seems like a good story. Returned book.