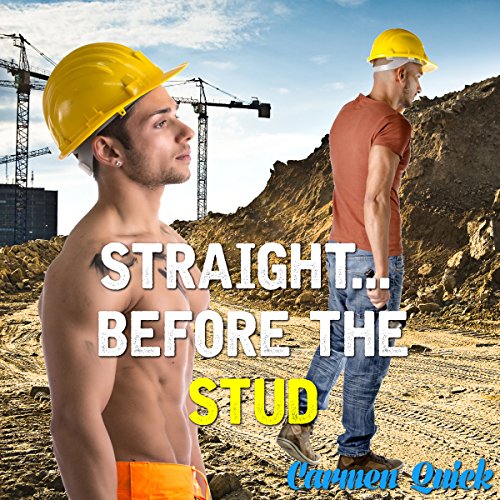 Straight guy John needs a job, so when his best friend Casey suggests he starts working on a construction site with him, he takes him up on the offer.

Something about this construction site is a little different though. It's full of hot, muscular guys with greedy looks in their eyes. Pretty soon, John is going to realize that he's not as straight as he thought. Soon, he and Casey are going to have an encounter with the stud.

He was tall, maybe around six foot four, and he was...beautiful. There was a masculine energy that just seemed to pulse out of him with every movement he made. He must have been in his late thirties, but he looked handsome and was of course in peak physical condition. He wore a tight yellow high visibility jacket, which showed off his remarkable body. As he walked toward me, I watched in awe as his abs moved under his skin, responding to the needs of his body.

His hard pecs pulled taut under his skin, covered in a bristly layer of close trimmed hair. He was a little sweaty, and the gleam of the moisture served only to amplify the incredible appearance of his body. It was the first time I'd seen the body of such a fit and healthy man up close like this, and when he took hold of my hand in a vice-like grip and shook it, I felt my legs weaken a little, and unbelievably, the first stirrings of arousal began to beat their way around my body.