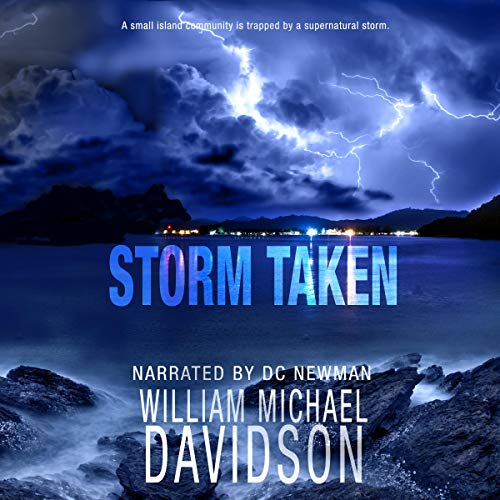 Trapped on Naples Island, Eddie Dees does everything he can to hold his family together. A supernatural storm is feeding on people’s fear and paranoia. The more people turn on each other, the stronger it becomes.

Believing there are small, systematic breaks in the storm, he plans to make his way off the island with as many residents as possible. But he must first deal with the crazed gunman roaming the streets as well as another growing threat: Klutch, a violent army vet suffering PTSD, has recruited a band of followers who believe the storm is a weaponized weather experiment gone awry. Klutch plans on stopping anyone from leaving the island, and one of his followers is Eddie’s own teenage son.

What listeners say about Storm Taken