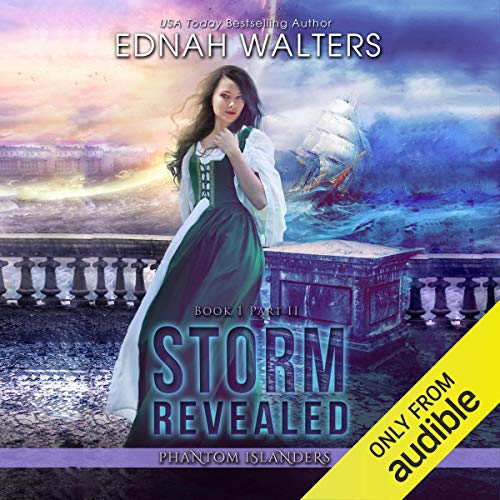 By: Ednah Walters
Narrated by: Erin Mallon
Try for $0.00

Lexi resigns herself to the primitive living and the strange customs of the islands but struggles with the fact that she will never see or help her brother again. As the people embrace her as Storm's chosen mate, Lexi slowly begins to see the magic around her. When she discovers the truth about Storm and his people, she finally understands why he abducted her and why he needs her to stay.

Lexi's feelings for Storm start to change, she accepts the fact that she is Storm's lass and stops trying to escape. But a happy ending will have to wait.

Storm has an evil twin and he will use anything and everything to get what he wants. He threatens to destroy the island and its people. Left with no choice, Lexi makes the ultimate sacrifice.

This is part two of a three-part upper YA and new adult serial about a woman and her journey of discovery, adventure, and an unforgettable love.

What listeners say about Storm Revealed

I enjoyed reading this book! It has a cliffhanger ending so I will have to get the next book as soon as I can.